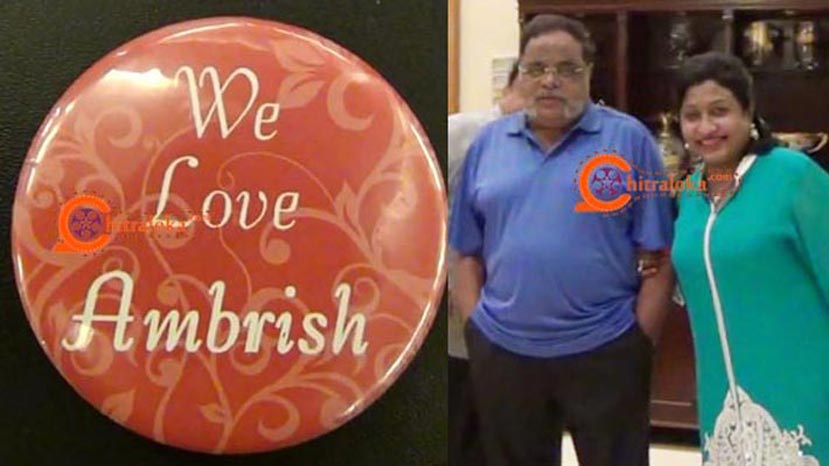 When I returned to Subramanyam's house after failing to beat the traffic to my hotel, the party atmosphere was already building up. Everybody was busy making arrangements. Subramanyam and his wife were checking every department and were seen advising others what to do. After all this party was for Ambi!

I came to know Ambareesh was taking rest and decided that I can’t take his interview that day. Once the party began there would be no possibility of getting him into a private conversation, let alone an interview.

One of the Ambareesh's close friend  Saroja, was welcoming guests who were already arriving. The ever smiling Saroja introduced herself to me and started talking about Ambareesh. She said she was there in the car when Ambareesh was brought from the Singapore hospital to Subramanyam's house in Malaysia. She was excited talking about Ambi and showed me a few photos and videos of Ambareesh and Sumalatha visiting her house and having dinner there.

An interesting thing that I noticed was the badge stating 'We Love Ambarish' on the table. I asked Saroja about it and she explained that these were specially created by Ambi's Malaysian friends and all of them were wearing it on the occasion of Ambareesh's 60th birthday celebrations held on 30th May 2012. They had preserved these badges and it had been brought out for this farewell function.

While speaking to Sanjeev he said that since it was a weekday everybody had to first go to their homes and come for the party. In the evening particularly, the traffic is very heavy in Malaysia. So it was only after Probably 8 PM would the guests start arriving. I asked him how this farewell function would go on and wanted to know if Ambi would be felicitated.

Sanjeev told me about another unique aspect of Malaysia in reply to this. There is no tradition of giving flower bouquet to anyone. A party is thrown by the hosts and all the guests are free to interact with each other.

I could only imagine that if this type of party was hosted in Bangalore for Ambi, how many garlands and bouquets he would have received!

Guests started coming one by one. Few got introduced to me. Some insisted that I start with the drinks. But I was waiting for the central attraction of the party, Ambarish, to make his appearance. Meantime, I requested Subramanyam that I needed his interview about bringing Ambareesh to his house. Subramanyam being the host was busy receiving the guests and promised me that he would give the interview after all the guests arrived. 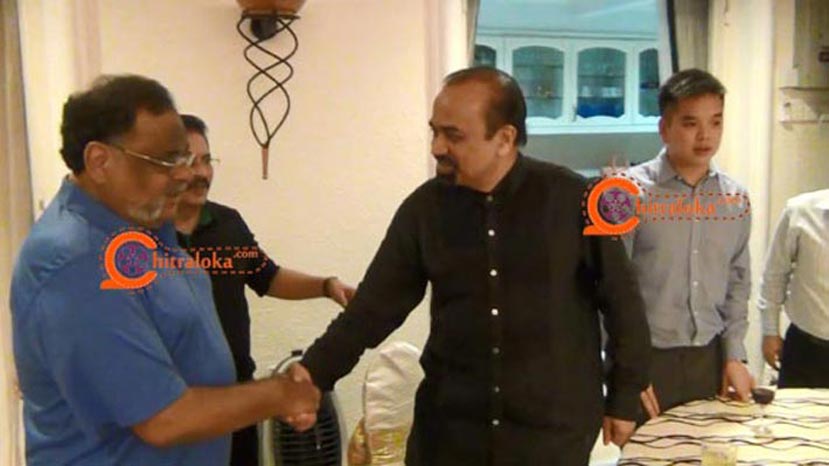 It was a delight to see the house completely lit up. I took out my camera and went outside. I started capturing the building, first floor, living room, dining Hall and swimming pool. I was attracted to the jumbo dining table. Mrs Subramanyam had personally taken interest and had decorated the table with fruits.

Around 8.30 PM I saw Ambi on the first floor. I had expected him to come in a suit for the party. But he was in a normal get up. My camera action started. Ambi came down in the lift. I requested Ambi to take some fruits from the dinning table and hold it in his hands. Seeing Ambi, Subramanyam told "Come Ambi" All the guests started moving towards Ambi.