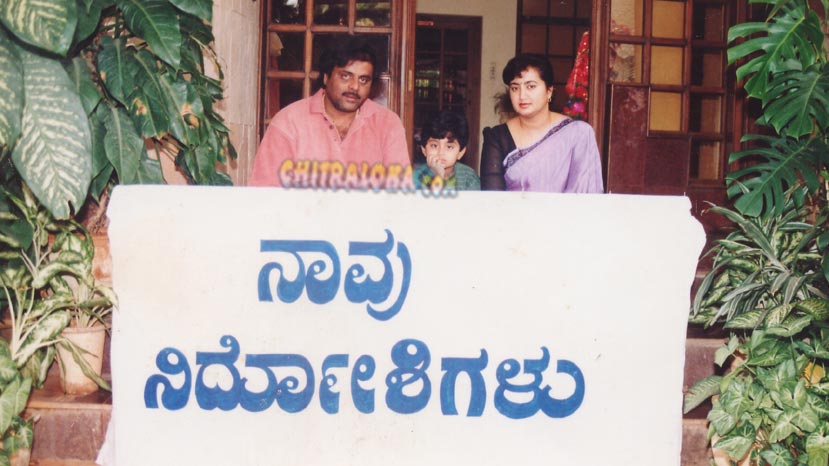 As Sumalatha Ambareesh navigates the minefield of politics, I am reminded of the first political crisis Ambareesh faced early in his career and how he solved it.

It was in the year 1996 and just like today, the Lok Sabha elections was beginning. The Congress party had denied a MP candidature for Ambareesh. Upset with this treatment, Ambareesh had quit the Congress party. Therefore a lot of fake and inflammatory news was spread about him.

Ambareesh called me and asked me to come to his JP Nagar house. He explained to me about the false news which was being circulated and asked me what could be done to solve it. I asked him to arrange a banner with the writing "Naavu Nirdoshigalu" (We are innocent). Ambarresh directed Kulla Shantha and Seena to get it ready immediately. Within one hour they brought the banner as required.

Ambareesh asked me what next? I asked Seena and Shantha to hold the banner and asked Ambareesh and Sumalatha along with Abhishek, who was then still a kid, to sit on the steps behind the banner. I clicked the photo in this manner and later released it to all newspapers. This was published in almost all newspapers of the day. This was enough to turn the tide. The fake news stopped and public sympathy was with Ambareesh. One photo solved Ambareesh's first political crisis.