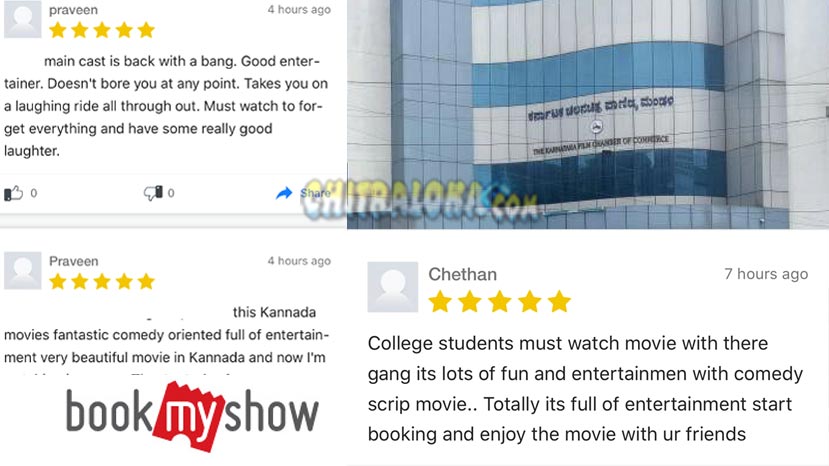 Kannada film producers are paying lakhs of rupees to get fake ratings for their films online including in ticket booking sites. Recently Book My Show the popular ticket booking site blocked IP addresses that were posting fake reviews to boost the ratings of some films. But such fake promotions are continuing and some producers have paid lakhs of rupees for this. Book My Show is taking a strict stand against bots and such postings but producers continue to be cheated.

The cheating starts with some teams working as online film promoters. Film makers who do not have stars in their films are easily falling prey to them. With fake boosters and manipulated reach, the producers are asked to shell out money. In some cases they have told producers that Book My Show is to be blamed for removing fake reviews! Such is the extent of the manipulation.

Interestingly people who have come to this "business" have been around for a couple of years. People who have been in the film publicity business for decades are left wondering how easily producers are misguided and losing their money.

It now the time for KFCC to take look at this issue and take action.