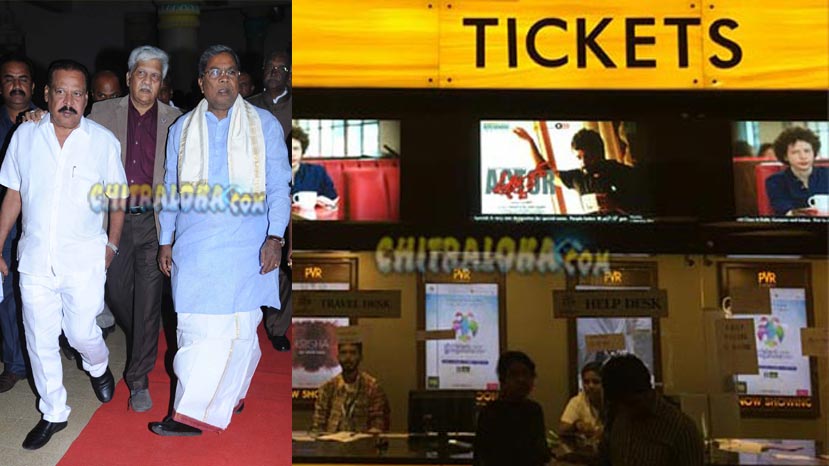 Most people, especially film audience are rejoicing the Karnataka Government's budget announcement that tickets in multiplexes will have a maximum price of Rs 200. But there are some people who are not happy with it. The people who will face the immediate implication of this move are non-Kannada film distributors and exhibitors especially in Bengaluru. This includes Tamil, Telugu and Hindi films.

The huge ticket price means, the exhibitors get more money out of non-Kannada films. If multiplexes share 50 per cent in first week they get half the collections. But for Kannada films, since the ticket prices are low good prime time shows are not granted because of this. But if a Kannada film is doing well, shows are given after 2-3 weeks. By this time the multiplexes get a share of 70% and the film producer gets only 30%. By introducing the Rs 200 maximum limit, exhibitors will not make exhorbitant money out of non-Kannada films and only good films will get shows. The advantage will be with Kannada films.

Because non-Kannada films are priced high, distributors think they can make a profit within three days of release and therefore pay a huge amount to buy the rights for Karnataka especially Bengaluru. In other parts of Karnataka, there are few multiplexes and ticket prices in single screens are almost the same.

The distribution rights of films starring big stars of non Kannada films have gone through the roof in the last few years. This has kept pace with the increase in multiplexes in Bengaluru. From just one multiplex 10 years ago, there are over 30 multiplexes in Bengaluru now with over 150 screens. To recover the huge money, the tickets are priced very high. Audience who watch films paying such huge amounts keep away from other films for at least a month affecting other films. Instead of watching 4-5 films with Rs 1,000, they end up watching only one film.

Coming up: Part 2: Telugu film Baahubali will be a Test Case