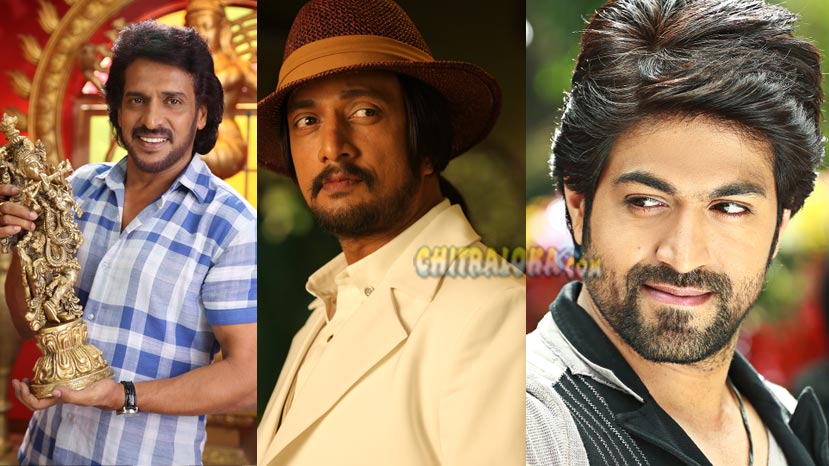 The three stars, Upendra, Sudeep and Yash, who are involved in this clash are all stars in their own right. Let us see how they have fared since 2010.

Upendra: Upendra is always known for doing things differently and for having thoughts and ideas that are unique and peculiar. People are always curious about his films, whether he directs them or only acts in them. He gave a super hit movie in his 2010 directorial Super. In 2011 another hit came in the form of Shrimathi. In 2012 Aarakshaka was an average hit but the first Kannada 3D Movie Katari Veera Surasundarangi was a sensation followed by Godfather and Kalpana. In 2013 Topiwala got back the money to the producer and in 2014 Brahma and Super Ranga were hits. In 2015 Shivam was one of the costilets movies followed by his directional movie Uppi2. This year Kaplana 2 was another hit.

Who Was Confident For Uppi's `A' Movie Success - Exclusive

Sudeep: Sudeep's movies in 2010 Just Maath Maathalli, Mr Theertha, Kiccha Huccha and Veera Parampare got back money to producers. Kempe Gowda and Vishnuvardhana were  blockbusters in 2011.  Once Sudeep movie Eega was released in 2012 Sudeep became an all-Indian actor and lot of expectations started building up for his movies. In 2013 Varadhanayaka did well and Bachchan was a hit movie. Sudeep directed and acted movie Maanikya looted the box office. Same thing repeated in Ranna in 2015. This years Kotigobba 2 created all-time record in Sudeep's career.

Now let us see what happens to Sudeep, Upendra and Yash acted movies which is getting released on 28th. Mukunda Murari is Censored and they are not going to change the release date. The only way to avoid a clash is for K Manju to postpone the release date of Santhu Straight Forward. But Manju has clearly said that he will not do it and has announced the release date. 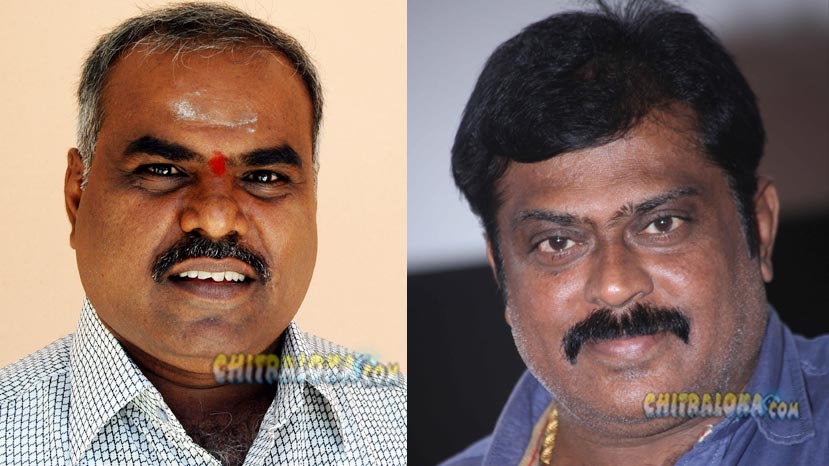 For Santhu Straight Forward the entire Karnataka distribution is taken care of by Jayanna who is known as a lucky hand and who has produced many films of Yash. Jayanna is also a producer and distributor and has a good control over the theatres. Both Mysore Talkies and Jayanna Films office are on the same building in Gandhinagar!

What ever it is. Both Mukunda Murari and Santu Straight Forward are Kannada movies and Chitraloka wishes both movies to be success.

K Manju Keeps Up His Promise