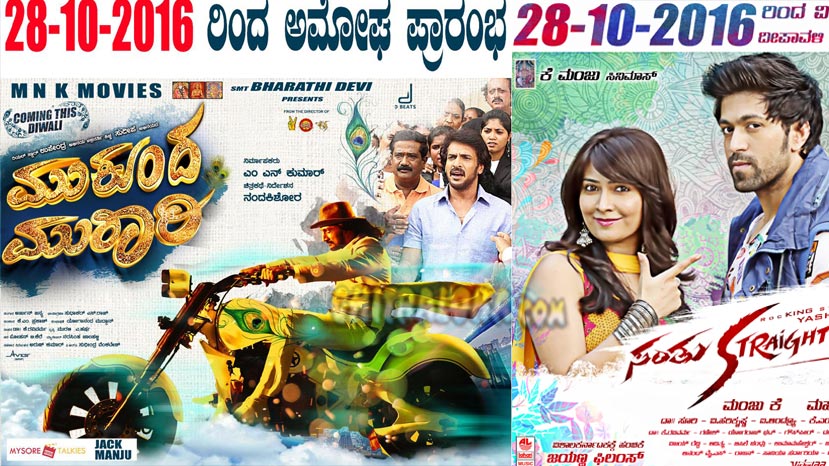 As we have seen, there are one or two instances almost every year where the films of top stars clash. But this is the first time that three stars will see their films release on the same day, though it is only two films. That is history in another way.On 28th of this month K Manju produced Santhu Straight Forward starring Yash and Radhika Pandit is releasing. On the same day Kiccha Sudeep-Upendra starrer Mukunda Murari is also releasing.

There is no doubt that the films of all these three stars get a grand opening at the box office and whatever the condition of the films, the opening will be great. The films of all three mint money. In this case, both the films are heavy budget. Even until a couple of days ago, most Sandalwood industry people were betting that the two films will not clash at the box office and there would be an internal adjustment and one of the films will release on November 11 while the other would release on October 28. But all their confidence have been punctured with the producers of both the films sticking to October 28 for the release.

Mukunda Murari is a remake of Oh My God and has already announced the release date for October 28th and their movie is already submitted for a censor certificate.

Only the shooting of a song for Santhu Straight Forward is pending while the rest of the film is ready. Speaking to Chitraloka, producer K Manju said that he will release the film on October 28 at any cost. "I have been telling everyone in the industry that we are releasing the film as per the date announced. But I don’t know why Mukunda Murari announced their film's release on the same day. Now it looks like a clash is inevitable. But I am ready for anything and will release the movie."