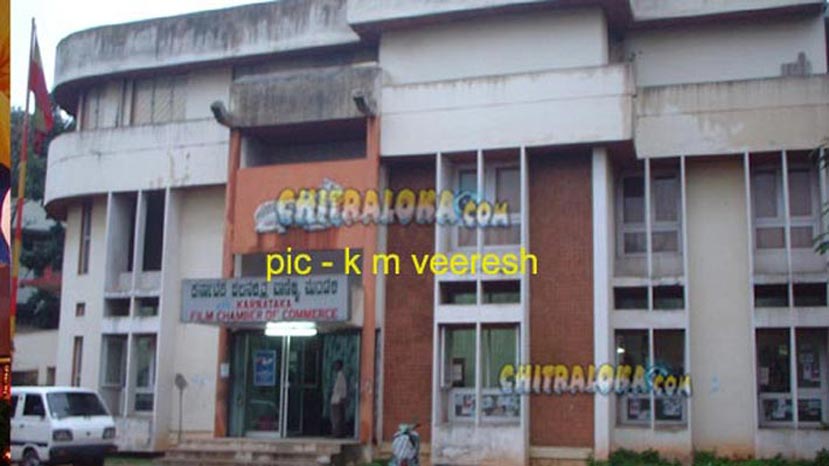 Are the Kannada producers seriously thinking of reintroducing the dubbing culture into Kannada cinema? Yes, says sources close to Chitraloka.com. According to them, some of the producers are more than willing to reintroduce the self-imposed ban on dubbing to tackle some of the issues like piracy, excessive payments to artistes and technicians and bombardment of other language films.

Dubbing was banned in the 1960s by the then bigwigs of Kannada cinema and literary segment.

After that there were stray incidents like 'Bharath 2000', 'Gowdthi' and 'Shwethanagara' being dubbed to Kannada cinema. However, there were protests against these films and Kannadigas saw to it that these films were not released.

It seems some of the producers have come to a weird conclusion that it is better to remove the self imposed ban on dubbing films than face a stiff competition from other language films. Some also opine that by reintroducing dubbing culture, they can teach a good lesson to artistes and technicians who are receiving high remuneration. Sources say many have decided that by lifting the ban, they can easily tackle all the problems surrounding the Kannada film industry.

However, the producers association has decided to hold a meeting on Sunday and discuss the matter among the producers. If majority of the producers opt for removing the ban on dubbing cinema, then it would be discussed in the executive committee meeting at the Karnataka Film Chamber of Commerce.

Let's hope that the banned dubbing culture does not make an entry once again to the Kannada cinema.