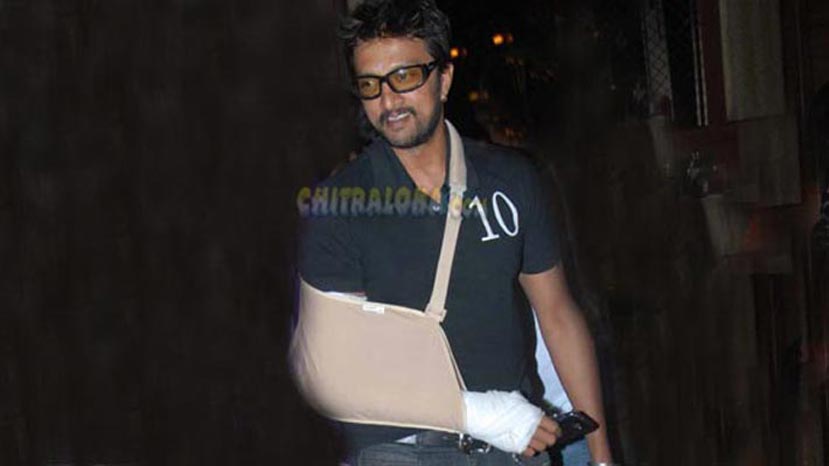 Actor-director Sudeep has injured his knuckle. A crack has been found in his left knuckle just before the second schedule of shooting for his new film is to start in Hyderabad. The shooting for the remake of Mirchi, starring himself, Ravichandran, Ramya Krishnan and others was given a break due to the 100 years of Indian cinema celebration in Chennai.

The shooting commenced again on Saturday morning. But on Friday night, it was discovered that Sudeep had cracked his knuckle. However, Sudeep did not call for break to the shooting and has continued to do his job. Sources in the film team in Hyderabad say that the actor was in extreme pain but took some pain killers and started shooting.