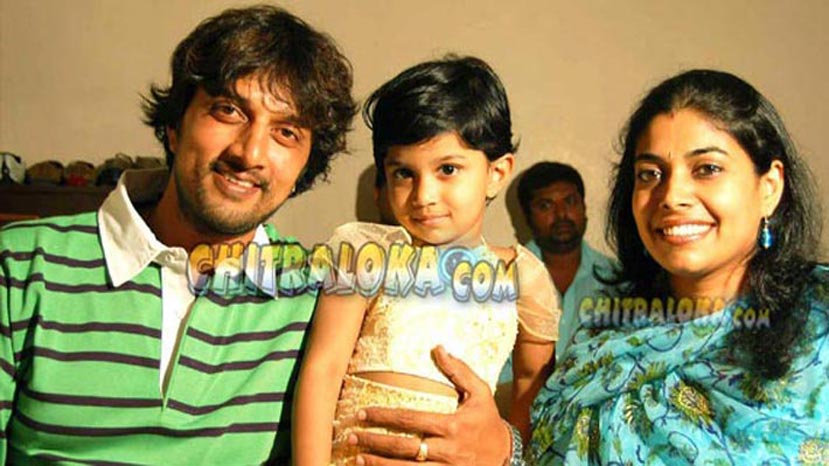 Sudeep's wife Priya who was working behind the camera till now has come in front of the camera for the very first time. Priya has acted in a tele serial called 'Ashwini Nakshatra' which is being telecasted in ETV Kannada.

Sources say, there is a scene in the serial where Ashwini the wife of Super star JK, who is fed up of his tantrums meets another super star and discusses about her problems and asks solutions from him. The team was looking for a super star and who better than Sudeep can do justice for the role.

Sources say that JK who plays the Super Star role in the serial and who is also a very good friend of Sudeep first contacted the actor and called him for a guest appearance. As Sudeep is busy with his directorial venture, the scene was changed to Ashwini meeting the wife of another Super star.

JK convinced Priya to make a small appearance in the tele serial and accepted to be the part of the serial.  Recently the scenes of Priya were shot in Bangalore.

The episode will be aired shortly.