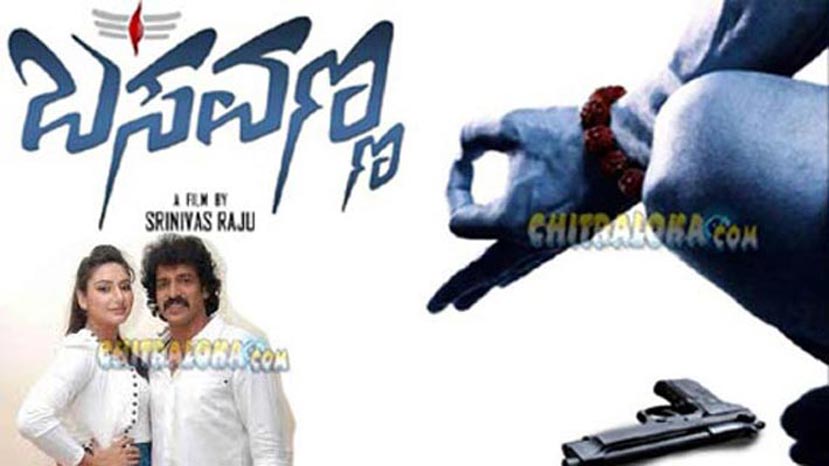 Upendra's new film, Basavanna, has started without fanfare. The muharat pooje for the film was held at the Dodda Ganapati temple on Bull Temple Road in Bangalore on Thursday morning. Interestingly, no media was invited and it was a hush-hush affair.
Upendra has postponed his directorial Upendra 2, and signed two films; Brahma with R Chandru and Basavanna for producer CR Manohar. Shooting for Brahma has already started.
However there was no information about the start of Basavanna to be directed by Srinivasa Raju. All of a sudden on Thursday, the shooting has stated.
Interestingly, the historical film Mahasharana Haralayya, in which Ramesh Aravind plays Lord Basaveshwara also starts on Thursday. Upendra's Basavanna however is not a historical film about the social reformer. It is a contemporary film which has created controversy even before its launch.
The publicity still of the film which became public last week had the protagonist doing penance with a pistol by his side. This drew quick and angry reactions as the film's title could disrespect Basavanna, the 12th Century reformer. The film has started now and it is to be seen how the character is portrayed.