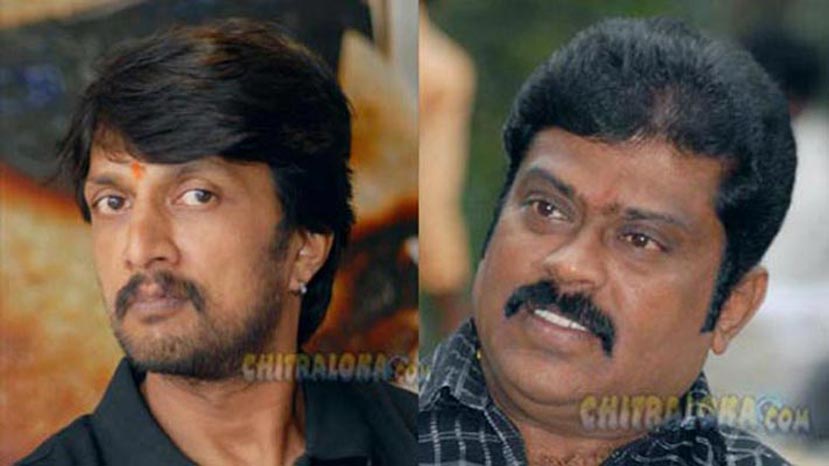 Sources in K Manju produced Tamil film Brahman, say that Sudeep has been approached to play an important role in the film. The film is about the friendship between members of a film crew and there is a role of an actor in the film for which the Kannada star has been approached. The film's director Sacratis has already narrated the story to Sudeep but it is not yet confirmed whether Sudeep will act in the Tamil film or not.
Brahman has already completed the first schedule of shooting of 17 days in Tamil Nadu. The film is being made only in Tamil and if Sudeep acts in it, it will be his first purely Tamil film. Earlier, Kannada films of Sudeep was dubbed in Tamil and his last year's blockbuster Eega (Telugu) was also made in Tamil as Nan-ee. Brahman has Sasikumar as the lead actor. His Tamil films, Subramanyapuram and Nadodigal have been re-made in Kannada as Prem Adda and Hudugaru respectively.