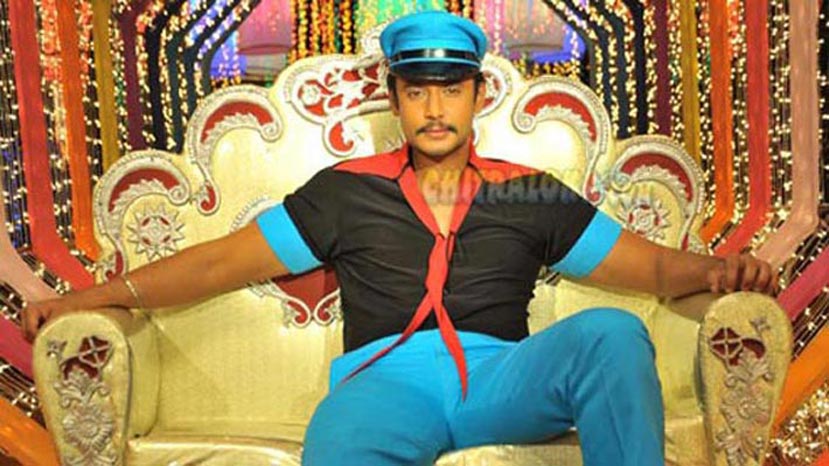 It is reliably learnt that Challenging Star Darshan has been approached by a private Kannada television channel to host either a reality or game show. After the success of Kannadada Kotyadhipati last year and the huge success of BiggBoss this year almost all channels are now looking at such shows rather than soaps to boost their ratings.

For years now, Kannada entertainment channels have either looked at films of big stars or daily serials to earn TRPs. But they now sense that reality/game shows can also do the trick.

With both Supeep and Puneeth involved in such programmes, other channels are desperate to sign on Darshan. If sources are to be believed, the actor sought Rs 12 crore to host the show. It is not clear if the deal is through. But in all certainty, Darshan will be on TV hosting a show within a few months.

He is most likely to be signed to host the Kannada version of Fear Factor. It may be recalled that actor Akshay Kumar who hosted this show in Hindi was paid more than Amitabh Bachchan and Shah Rukh Khan were paid for their TV shows. It is rumoured to be between Rs 1 -2 crore per episode. Darshan may not be paid Rs 12 crore, but when he takes the plunge, it is likely to be very high.