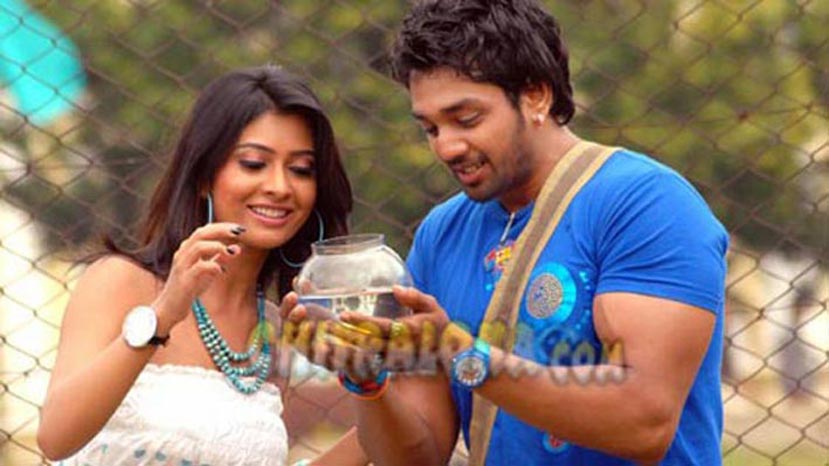 A long time ago, films celebrated 'Silver Jubilees,' having run for 25 weeks. There were also 'Golden Jubilees,' of films which had stayed at the theatres for 50 weeks. Not very long ago, we had films like Mungaru Male and Milana completing one-year in a multiplex. But Sandalwood has in recent years taken the cue from other industries and started counting 'weekend-collections,' more than how many weeks or days the film runs at theatres. However, there are films which continue to have a decent staying at the theatres and have occasions to celebrate the days rather than just the crores. Earlier this year, we had Kranti Veera Sangolli Rayanna celebrating 100 days at the box office. The huge celebrations was thanks to producer Anand Appugol, a fan of the freedom fighter.

There is a bigger celebration in store in shortly from another Kannada film. Addhuri, directed by 'Ambari' Arjun and produced by Keerthi Swamy and  Ben Chikkaswamy was released on June 15, 2012. Technically, the film has gone past 250 days from its release. However, the team will celebrate the 200 days the film ran without a break. Sources confirmed that details are being worked out by the team and this will be one of the biggest celebrations of a film's success in recent years. This is the debut film of Dhruv Sarja, brother of Chirajeevi Sarja and nephew of Arjun Sarja. Radhika Pandit, Tharun and Raju Talikote were other important actors. For director Arjun, this is another feather in the cap.