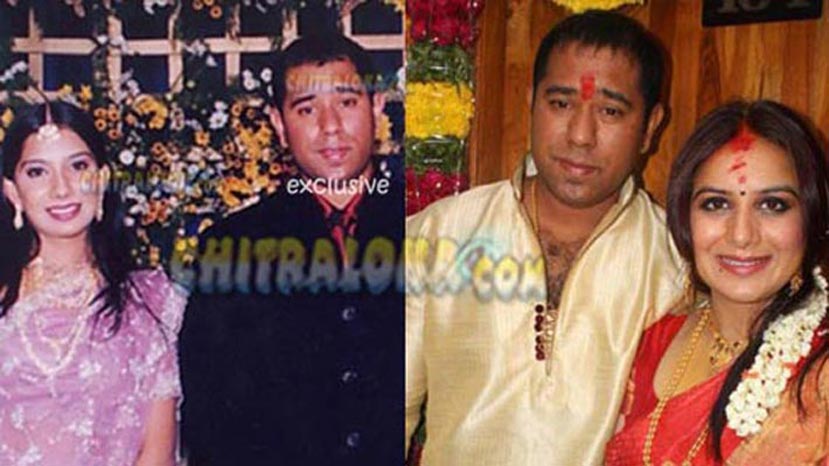 Kannada actress Pooja Gandhi has been engaged to Realtor Anand Gowda on Thursday morning at the Kattiraguppe residence of the actress. The engagement ceremony took place according to Hindu rites and a Homa was also performed.

Incidentally, Anand Gowda is a divorcee who had been married earlier to Ms. Indira Parameshwari.  Anand tied the knot to Ms. Indira on 1st March 2003 at Hotel Woodlands Hotel.

Ms. Indira Parameshwari is the granddaughter of Padmabhushan B. Saroja Devi the multilingual actress who was the most popular actress of Yester years.   It was Saroja Devi's wish to conduct the marriage on 1st March as she got married to Late Harsha on 1st March 1967. But the marriage ended on a sour note with Ms. Indira filing the divorce petition.  The couple got divorced within a short period after their marriage. 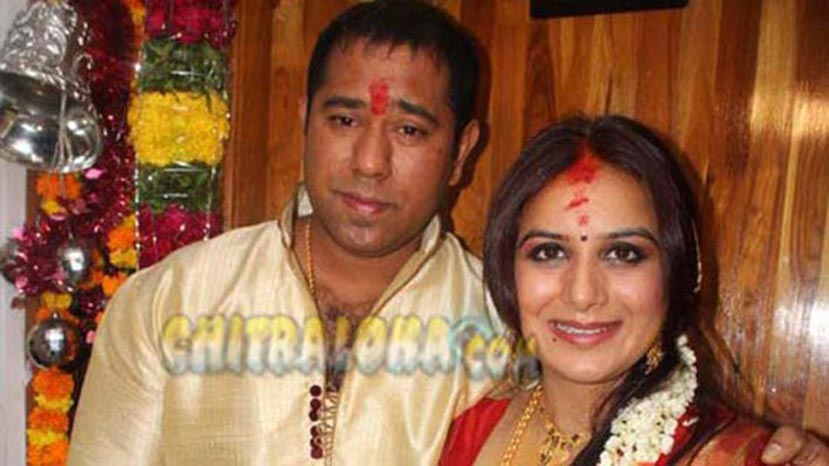 Anand is also known as Ramanand.   His father Ramesh was a well known film  distributor in Gandhinagar. Ramesh had died two years ago.

Anand's mother is Harinakshi and sister's name is Roopa now settled in Chicago.

Sources said Anand Gowda aka Ramanand is a very nice person to deal with and a mild mannered simple personality.  It is also said though B.Saroja Devi did not approve of her grand daughter Ms. Indira (daughter Ms. Bhuvaneshwari's daughter) filing a divorce against her husband within one year of her marriage. 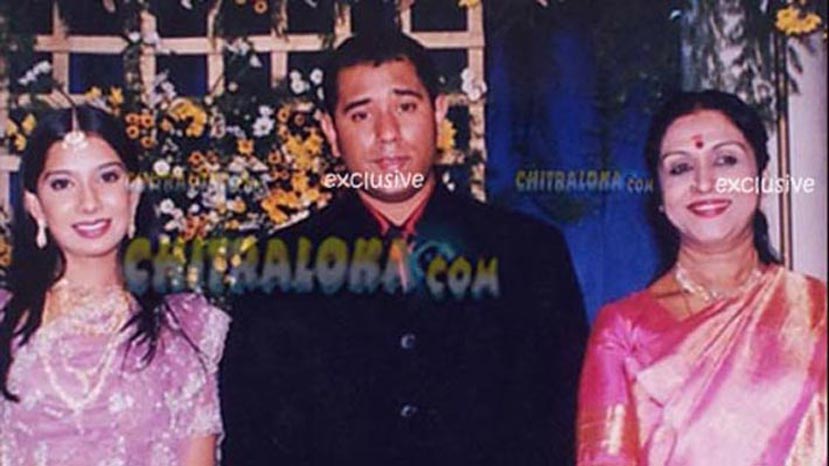