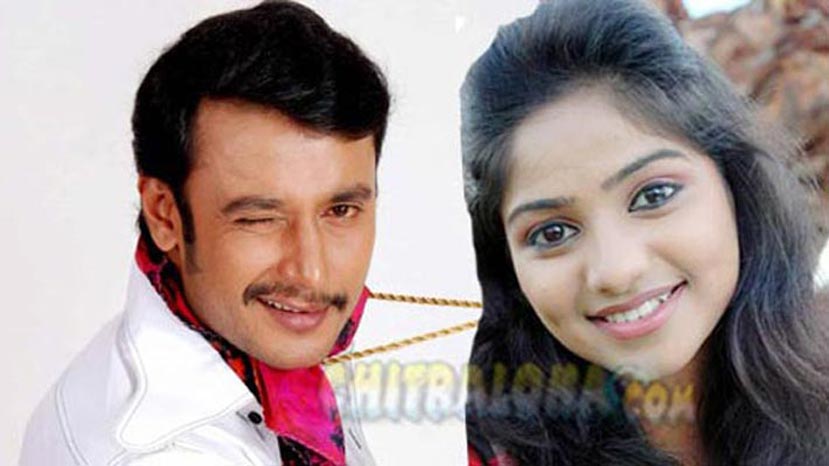 Challenging Star Darshan seems to be lucky with new heroines.  His last blockbuster Sarathee had introduced Deepa Sannidhi from Chickmagalur as the heroine. Now, we hear that  Rachitha Ram who had worked in the popular Television serial Arasi will be the heroine for his new film Bul Bul which is starting its shoot from Wednesday the 11th July.

Rachitha Ram has been the screen name of the actress who had the name as Bindhiya Ram from her birth.   Even while she was acting in the Tele serial Arasi, she was referred to as Bindhiya Ram.  But since there was another actress with the name of Bindhiya who had acted in the Kannada films like "Halli Meshtru' and "Raayaru Bandaru Maavana Manege', it was decided to have a name change.  Now, there has been a name change for the lucky girl and  the screen name is  Rachitha Ram. Rachitha Ram has been selected after a long wait and many big names were also considered for this role.

The girl with expressive eyes with a 1000 watt smile has a height of 5.7' which matches the height ot the Challenging Star. Rachita Ram is a trained classical Bharatha Natyam dancer who has given more than 50 performances. Her father Ram is also a Bharathanatyam exponent who has given nearly 500 public performances.

After her screen test was done, both Dinakar and the film's director M.D.Sridhar were surprised to see her spontaneous performance. Kaviraj who is writing the dialogues and lyrics says "Rachitha Ram's dialogue delivery and expressions were mind blowing.

Dinakar who is supervising production of the film along with being the producer partner of the film says that he is confident that Rachitha Ram can pull off the lead role in "Bul Bul' perfectly. Rebel Star Ambareesh and Darshan will be participating in the shooting of  Bul Bul which is starting from July 11.