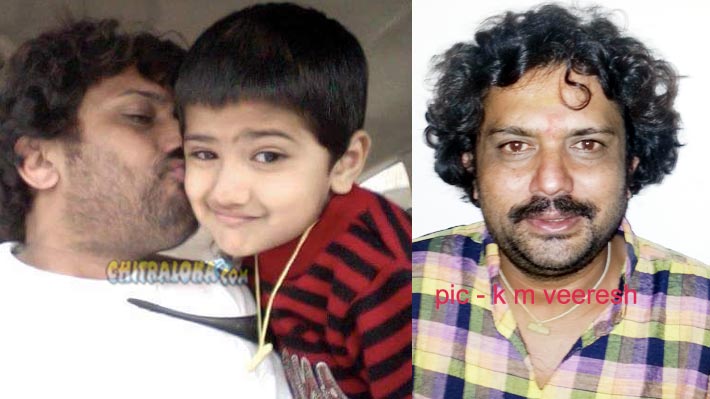 dinesh gandhi with his son rajkumar

Actor, Producer and Director Dinesh Gandhi is all set to direct a film titled Dinesh Gandhi which is starting from next month. Speaking to Chitraloka Dinesh Gandhi told 'this is a children's movie and I have applied for the title Dinesh Gandhi. Movie will be produced by Ramesh Kayshap under the banner Simhadri Productions. I will be directing this movie where my son Rajkumar will be in the lead role. This is a children's movie and I have made all arrangements for the shooting to go on floor. After hearing the subject Producer Ramesh kashyap agreed to produce the movie.

Dinesh Gandhi has produced Sudeep Starrer Veera Madakari, and Hoo, Mallikarjuna movies where Ravichandran was the hero. He has directed a movie Chatrapathi starring Siddanth in lead.