Anjali Walks Out of Chakravarthy 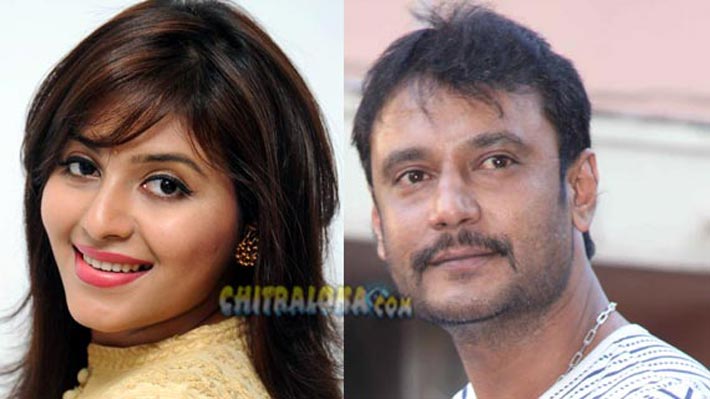 Actress Anjali has walked out of Chintan's debut film 'Chakravyuha' and the team is on the look out for a new heroine in place of Anjali. 'Chakravarthy' was launched on Monday at the Chamundeshwari Temple in Chamundi Hills near Mysore. The shooting started on Tuesday and on the first day itself, Anjali came very late to the sets which irked the whole film team, After much discussions, Anjali walked out of the film.

Now producer Anaji Nagaraj and director Chintan is on the look out for a new heroine.

Anjali is Darshan's Heroine in Chakravarthy