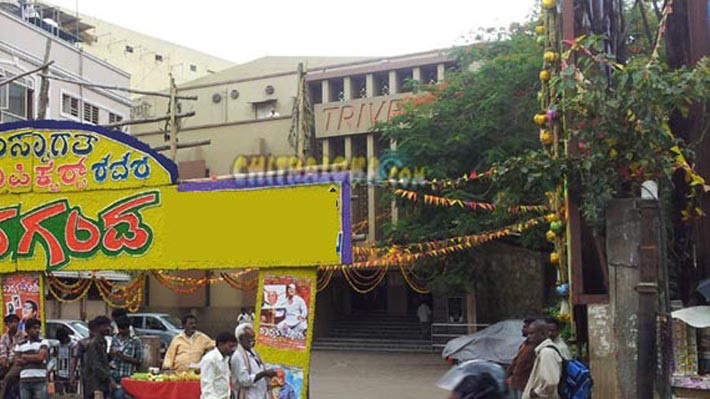 Gandhinagar's main theaters Tribhuvan and Kailash has stopped all the operations from Friday. Sources say, the building which houses the two theaters will be razed down in a few months.

This is certainly a bad news for the movie buffs. On the other hand, another theater Triveni which was closed down in 2014 due to various reasons, will be back projecting films. The theater which was in the Majestic circle was a main center for Kannada films. However, the theater was shut down.

Now there is a news that Triveni will be projecting once again and the renovation work in the theater is going on in full speed. It might take another one month and after that the newly renovated Triveni will project Kannada films once again.

Tribhuvan and Kailash to Close Operations from Friday