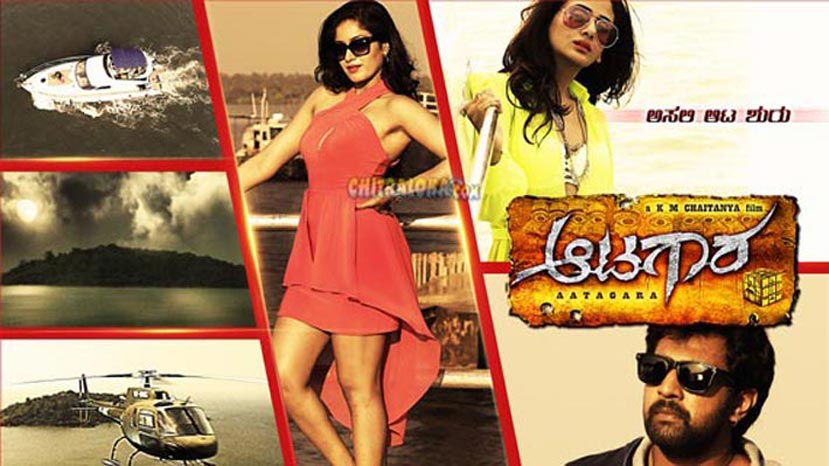 The film Aatagara has managed to what very films have in the last two years. Private entertainment channels in Kannada have purchased telecast rights of only films of top stars or those films that have become hits. But the rights of Aatagara has been purchased even before the film's release.

The deal was done two days ago and Aatagara is one of the few films that channels are betting will be a hit. The rights have also been purchased for a good price sources said.

The film directed by KM Chaitanya is also one of the costliest in actor Chiranjeevi Sarja's career. It is reportedly made at a cost of Rs 4.5 crore. The film also stars Parul Yadav, Meghana Raj, Dwarakish, Ravishankar and Prakash Belawadi.