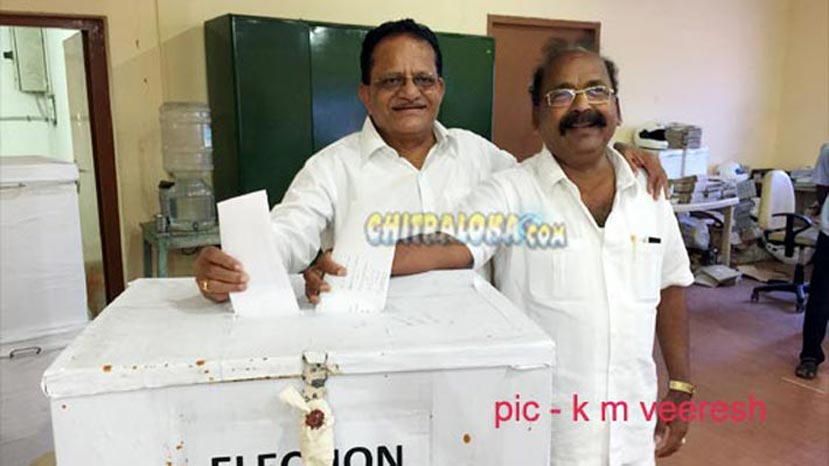 Some people in the Kannada film industry are planning and hoping that election to the president's post of SIFCC is avoided. Plans are afoot to have a BJP-JDS type 20-20 sharing of the presidentship.

According to the plan both the contestants for the post B Vijay Kumar and HD Gangaraju will be presidents for six months each. Both of them filed nominations together yesterday.

Supporters of both the candidates and the candidates themselves are in Chennai soliciting support for their candidature. Anything can happen before July 17 which is the last date for withdrawing nominations.