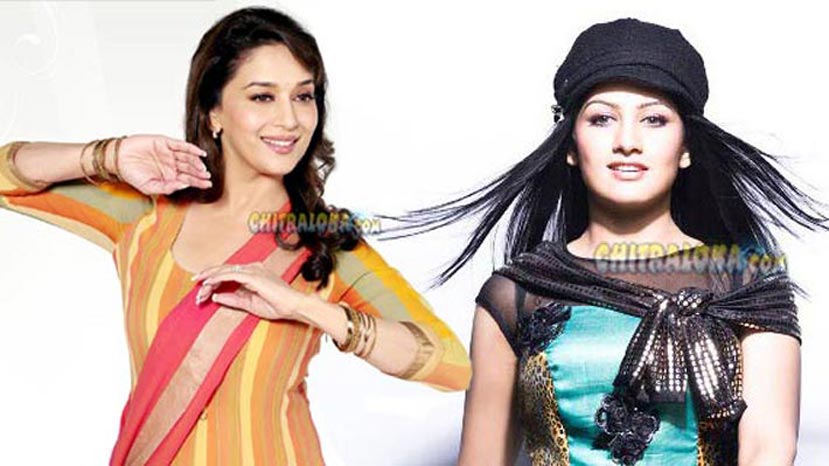 Radhika Kumaraswamy has big plans for her new film I Hate Dance. The film will be launched on her birthday in November but it is already a work in progress. Raghuram DP who is directing her in Namagagi will be directing this film as well.

Sources said that Radhika Kumaraswamy is keen on bringing Madhuri Dixit to Sandalwood with this film. Since it is a dance-based film the evergreen Bollywood actress is being approached to play a small role. Radhika hopes to share screen space with Madhuri in a dance sequence, sources said.

Being the producer of the film as well, Radhika Kumarswamy is leaving no stone unturned to make it a huge film. There are plans to bring dancing stars from other industries as well but the focus is on bringing Madhuri Dixit at any cost.