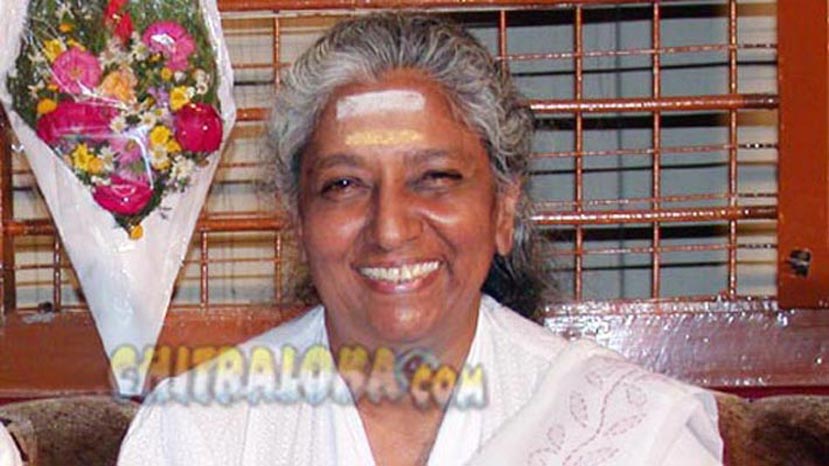 When even the greatest talents in the industry are hankering for the recognition in the form of Prestigious awards, one top rated film personality has declined to accept the Padmabhushan award.  She is none other than S.Janaki one of the finest singers from South India who has delivered many hit songs in Kannada.

Janaki was more popular in Kannada film industry before Music Maestro Ilayaraja took her to peak as a singer.

Deeply religious Sreeramamurthy Janaki,has politely turned down the Padma Bhushan award announced for her, says she receives her biggest awards from her fans.

"I have nothing against the government, but I have been singing for the past 55 years. The biggest awards are from my fans and I get that very often," Janaki said to the media here when she came to attend a function.

But she turned it down, stating dissatisfaction over the number of people from south India figuring in the Padma awards list for 2013.

"I'm saddened by the fact that north India has been given more prominence than south India. I'm extremely disappointed and I refuse to accept the award," Janaki says the 74-year old veteran singer.

Janaki made her singing debut in 1957 Tamil film "Vidhiyin Vilayattu".

She has crooned over 15,000 songs in a career spanning five decades across all southern languages and in Hindi.