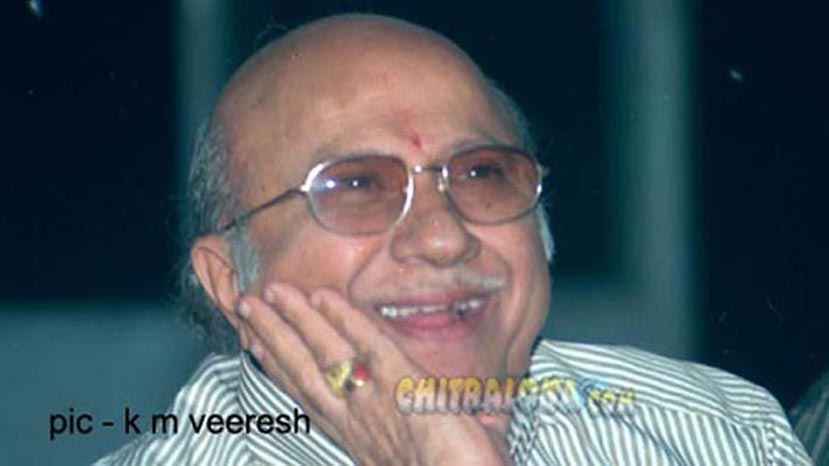 The death of well known film producer-director S Ramanathan elder brother of popular actor, Producer, Director S Shivaram has removed one of the most admired personalities in the Indian film industry.  S. Ramanathan popularly known as Sir ji in the Indian film industry cirlces was born and brought up in Bengaluru and had his initial moorings in performing arts in the theatre.  It would be a futile exercise to  just record his death and a few paras about his achievements in the industry.  Because Sir Ji  had achieved more than any  Bengaluru based producer and director in terms of making big budget ventures.  He was the person responsible for making  Amithabh Bachchan, a struggling actor to become a Super Star in Bollywood.  He also provided an opportunity to a talented director like Puttanna Kanagal to direct a classic  film like "Gejje Pooje' which is still considered as one of the best ten Kannada films by many critics. And he always extended his helping hand to many South Indian film producers when they went to shoot portions of their film in Mumbai.  In the Kannada film industry, Dr. Raj Kumar, Vishnuvardhan, Ravichandran, Veeraswamy, Puttanna Kanagal, D.Rajendra Babu were very closer to him.  Infact he took D.Rajendra Babu to Bollywood to direct a Hindi film with  the then popular Govinda.  He had retained the trust of  Amitabh Bachchan till he died and Dr. Raj Kumar was one of the closest film personalities to him.  He made films with legendary actors like Rajanikanth and Kamal Hassan. 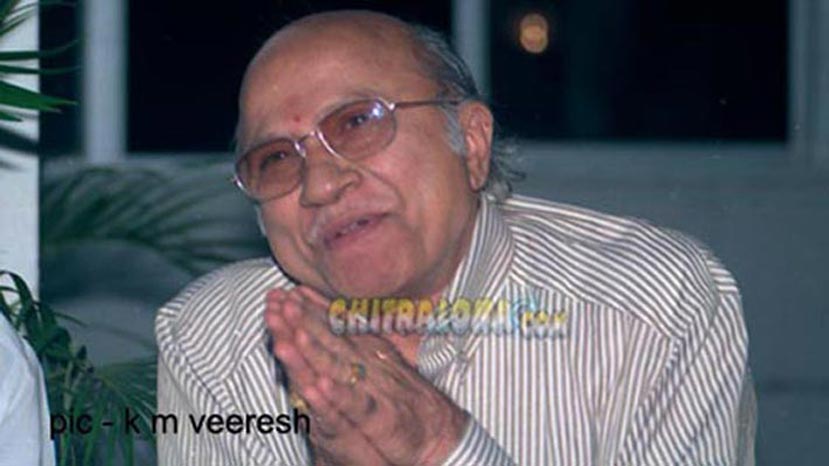 S.Ramanathan was an ambitious personality and he left to Chennai to become a director and an actor.  He had then started as an assistant director with A.Bhim Singh where he had Thirumalai and Mahalingam as colleagues.  Sir Ji had an opportunity to work legendary artists like Shivaji Ganeshan, Gemini Ganeshan and many others.  In Chennai he turned film producer with "Madras to Pondicherry' which became a big hit.  Several years later he made a film with Rajnikanth titled as "Dharma Dorai' which was a remake of  Dr. Vishnuvardhan starrer "Daada'.

Later Sir Ji moved to Mumbai where he remade his Tamil Hit "Madra to Pondicherry' to Hindi with the title Bombay to Goa.  He chose  Big B who was then a struggling actor to lead the film.  Amithabh had six successive flops after he was introduced in K.A.Abbas directed "Saat Hindusthani'.

"Bombay to Goa' became a big hit and so was Amithabh who attained star status through the film.  It was Amithabh's action sequences which had impressed writer Javed Akthar to advise director Prakash Mehra to chose the lanky hero in "Zanjeer'.  The rest is history.

Later Sir ji produced films like "Giraftaar' (Amithabh had acted with Kamal Hassan and Rajnikanth in this film), "Mahaan', and yet to be released film "Zamanath' in which South India's talented actress Vijaya Shanthi had also played an important role.

The death of  Sir ji is a personal loss to me too.  Sir Ji was my relative and he was closer to me.  He would telephone me whenever he was in Bengaluru.  And in once recent incident he did not like something that was written  Amithabh Bachchan's rise to stardom.  His name was omitted and he did not like to see something wrong represented in the media.  He wanted me to take him to Bangalore Mirror office to meet and explain the facts behind the rise of stardom of Amithabh Bachchan about which the Super Star had himself explained in several of his interviews.  I then telephone my colleague Mr. Shyam Prasad, Entertainment Editor of  B.M. and  was  told that the article had appeared in Mumbai Mirror which Sir Ji had not noticed.

Sir Ji had an astounding knowledge about the cinema and the makers. When Amithabh was down in dumps he was responsible for bringing him out of indoors to various holy pilgrimage centres to bring in some confidence in him.