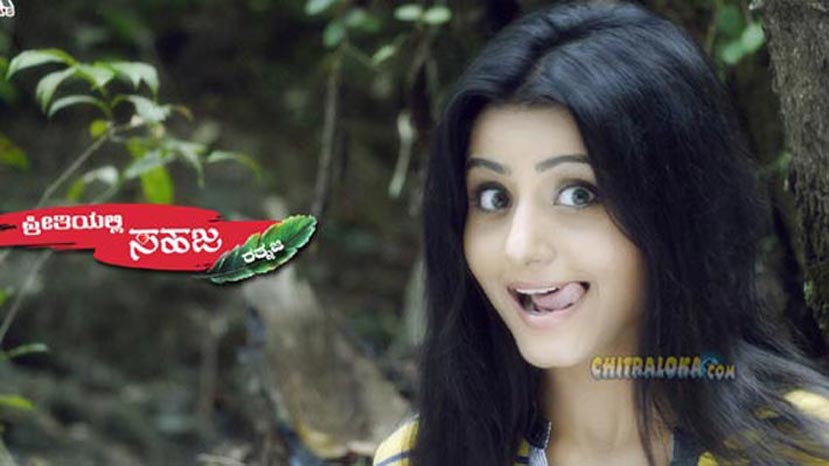 One actress who is much in demand even before the release of her debut film is none other than Aqsa Bhatt. Aqsa who made her debut as a heroine in Ratnaja' 'Preethiyalli Sahaja' has silently completed yet another film called 'Game' being directed by A M R Ramesh.

Aqsa Bhatt basically hails from Kashmir and is currently studying in Audiography in Bangalore. She is also into modeling. Aqsa Bhatt says, Ratnaja first saw her in Face book and asked her whether she is interested in acting or not. Aqsa who was not very much particular about acting thought of meeting him once, but landed herself a prominent role in the film.

‘I had not decided earlier that I would be acting in the film or not. I just thought of meeting Ratnaja once, but when I heard the one line and my role I accepted to act in the film. I would have really missed a great opportunity, if I hadn’t acted in this film’ says Aqsa Bhatt.

Aqsa who is known for her childish behaviour was full of energy during the recently held audio release of the film and was constantly screaming when the team was talking. But not many people know that Aqsa was really upset because her father had been admitted to a hospital for illness. In spite of that, Aqsa attended the event because it was her debut film as an actress in Kannada.