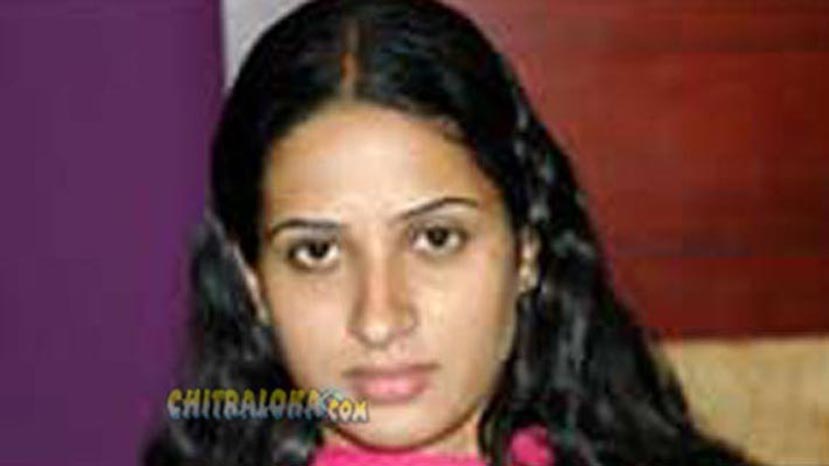 Laxmi Hegde the beautiful looking sugama sangeeth singer hailing from an orthodox Havyaka family in Sirsi is now in to acting. She has acted first in Sunilkumar Desai's television serial 'Manasugala Angaladhi' but after shooting for 18 days the television serial was shelved. Pocketing sincerity at work, discipline and strong conviction from the camp of Sunilkumar Desai this bubbling singer Laxmi Hegde is now acting in 'Galibili Samsara' a rib tickler coming in Doordarshan from 7.15 to 7.30 from Monday to Friday

Laxmi a commerce graduate from Vidyodhaya Pre University College in Sirsi is basically a singer. Her father Mr M.P.Hegde is her mentor. Her elder sister (married) has done MA in tabla and younger brother studying in II PUC is also practising tabla instrument. She is from the family of musicians. Singing is everything for me says Laxmi who spoke to this correspondent over telephone recently. I am a 'B' grade singer in Akashavani from the last five years, participated in the 'Edhe Thumbi Hadidedhenu in ETV, doing anchoring for ETV, sung for one audio album for which Raju Ananthaswamy has scored the music, in the school and college days singing was very much a part in the cultural activities, participated up to 3rd level at the state level singing competition, worked as accountant for a Men's Wear company…… Laxmi gives a flashback of her career in a non stop style. That's how the up to date girls of today should be. They should know how to present themselves and Laxmi has understood this pretty well.

I am living now in Hanumanthnagar and eking out a living for myself. I am working for 15 days in a month for a comedy television serial in which I am not fluent. I like the emotional roles she says with a firm mind. As a matter of fact Laxmi left the offers of Nandagokula and Mouna Raaga because she gets tied up for a long period of time and that may be an obstacle for her singing practice.

'I want to become a classical and Ghazal singer'. I am learning it from my father M.P.Hegde and from Smt.Shymala Bhave and Fayaz Khan. As of now Laxmi has been able to practice singing for only one hour in a day.

Fond of watching English, Hindi and selected Kannada movies Laxmi interest also lies in cooking. She knows how to cook all the food items of traditional Havyaka community.