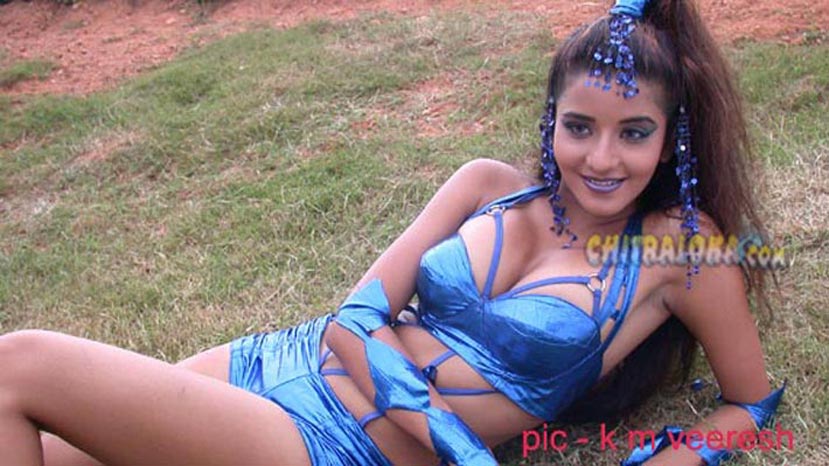 The beautiful lady in demand for this song Antara Biswas a native of Kolkota took part in the dance number with very minimum costume and maximum of exposure. The day of shooting at country club was a special attraction. It is all because of Antara and 15 other co dancers stepping to the dance number.

Antara has so far acted in 13 Bengali films too part in music albums appeared in two Hindi films Tauba Tauba and Chahat. She has participated in remix songs of yesteryears and very fond of SS music in television. The songs are so well done she says with a smile.

Armed with a degree in Arts from Ashutosh College in Calcutta Antara is aiming for big dreams in films. An exponent in Kathak, Bharatanatyam and Odissi she is looking for meaty roles. She immensely loves Bangalore like any others Mumbai lass. She wants to last long. She is ready to take up South Indian offers.

All the best Anthara! Let your profession continue Niranthara.