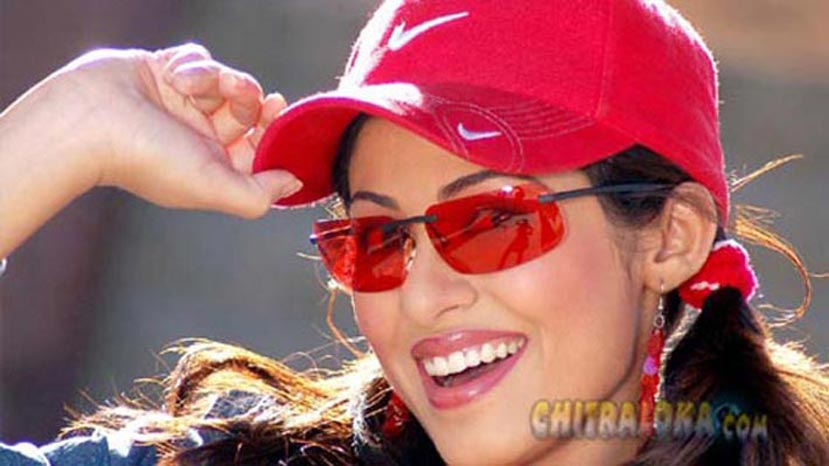 Sada Ninna Dhyanadalli….., the filmdom could sing like this. That is the capability of actress SADA - known for beautiful eyes and splendid for her charm and acting abilities is back again in Mohini 94458 8888 - the number that kills. She possesses good ideas and she knows what she has to catch in filmdom. This is her second film in Kannada after the mega hit of 'Monalisa'.

Sada career started with a big victory - JEYAM a few years back. Her latest film 'Anniyan' with national award winning actor Vikram is another block buster. With Telugu, Tamil, Kannada films in her kitty she has two offers in Hindi.

Drawing her attention on her new film 'Mohini….., she says she had not done a thriller so far. I am playing the role of a professional - Journalist for the first time she says. The response what may come after the film I have visualized. That is the reason why I have accepted this film with a smile on her face.

On the selection of films she has been very careful. From the level what I am today the role should take me to high level. I am looking only for such roles she clarified on her demand. She knows Kannada market is very small but also aware that quality films are made here.

She is doing a comedy with actor Ajith in Tamil. Hates piracy and loves to watch Animal Planet channel whenever she is free. On her career she has been lucky and unexpected has turned up in life she says.