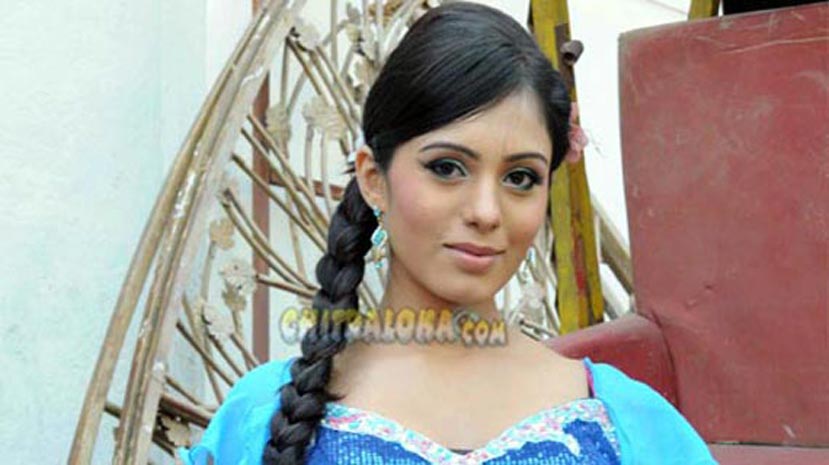 Her debut was with 'Challenging Star' followed by a film with the 'Power Star'. Not many actresses get an opportunity working with two powerful actors of the film industry one after the other and the lucky actress who has got such a rare and great opportunity is none other than Deepa Sannidhi.

When Deepa made her debut with Darshan in 'Sarathy', many thought that she was an outsider and has come to Kannada in search of a good opportunity. Not many know that Deepa is a Chickmagalorean by birth and her original name is Rahasya. She was rechristened by director Dinakar Toogudeepa for the film 'Sarathy'.

Though Deepa has done a course in jewellery designing and architecture engineering, she was always interested in acting. 'It was at the age of 13 that I first dreamt of seeing myself on the silver screen. But I didn't have any contacts in the film industry. I came to Bangalore for studying and somehow came to know that 'Sarathy' needs a heroine and an audition was going on. After two rounds of tests, I was selected as the heroine' says Deepa gleefully.

Deepa admits that before coming to the industry many advised her not to join films and build a career elsewhere. But Deepa was somehow adamant and wanted to build a career in the film industry itself. 'I don't accept that film industry is not a right place. Every industry has its ups and downs and it is up to us to choose what is best and what not. So, in spite of advice from everybody, here I am hoping for the best' says Deepa.

Deepa remembers Darshan's support at the sets of 'Sarathy'. 'I was really nervous to act opposite a star like Darshan. But he was very friendly and helped a lot in acting. I am looking forward for the release for the film' tells Deepa.

Before the release of the first film, Deepa has got an opportunity to act opposite Puneeth Rajkumar in 'Parmathma'. Yogaraj Bhatt is the director of the film. Deepa says, she will sign more projects once 'Sarathy' is released.