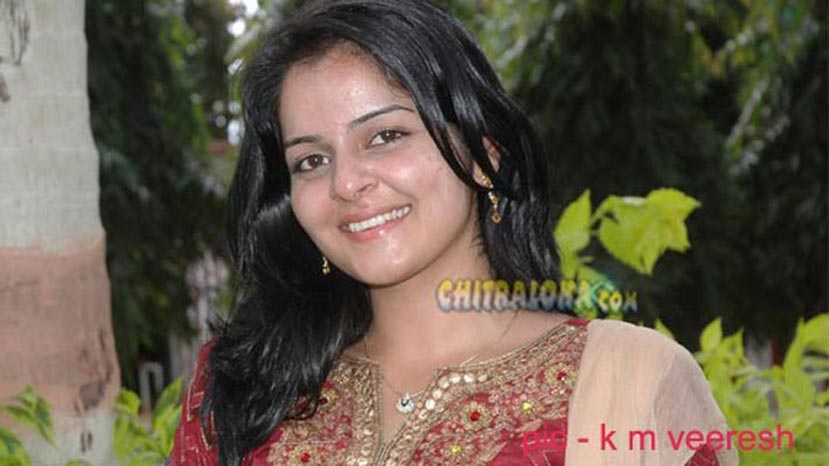 She looks like any sweet Punjabi rich girl with her bubbly face and charming smile. Well she is Roma who is being paired with Ganesh in Nagashekhar directed Aramane produced by Gandugali K Manju. The film is now being shot in Rockline Studios.

Roma says she has already acted in three Malayalam films and all the three of them had different type of roles for her. The execution of these roles from me was totally dependent on the director's conceptions. All the three roles looked different on screen thanks to the directors of the film. `I am lucky to have worked with big actors like Dilip and Prithwiraj so early as a new comer. My performance in the film "Note Book' fetched me many awards including the prestigious Film Fare award. I also got the best new face awards from many Kerala based Media groups. Even the film critics appreciated my contribution in Note Book. What more can I ask for in such a young age. I think I am really lucky' says Roma.

Roma is really thrilled about her role in Aramane. 'I can not reveal anything about the film, as director has given me strict instructions that the story should not be revealed to any one. But one thing I can tell you for sure. This film is going to be a trend setter. The way it is being shot now, I am feel audience will be given the best quality oriented film. Director Nagashekhar is taking interest in each and every minute detail of the film' she says.

About her co-star Ganesh she says that she has always seen him smiling. "I think he enjoys shooting work and I have never seen him in tension. His smile always encourages the other artists' says Roma.