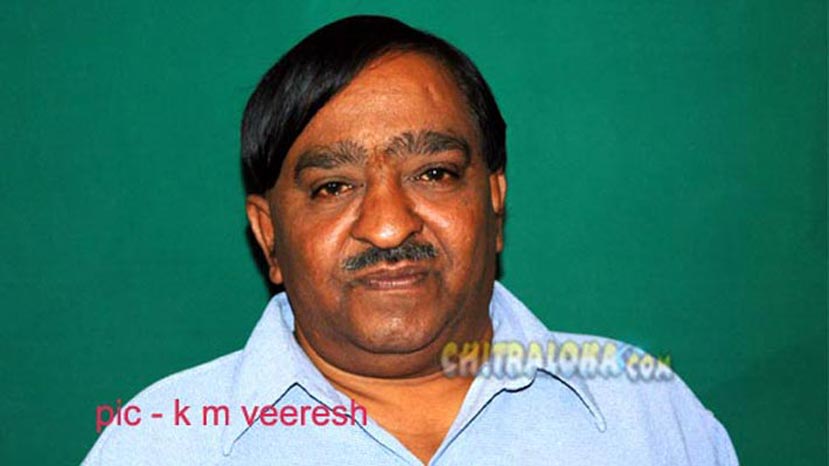 The walking encyclopedia of Kannada cinema with a touch of humor in his talk always Sudheendra is growing from strength to strength not because he is holding the big banners in his cap. He has maintained a disciplined and simpleton approach towards his work throughout in the 25 years of his work. We wish him Golden Jubilee and on Golden Jubilee we would like to wish him Diamond jubilee celebration in his work.

Born to Harikatha vidwan in an orthodox Madhwa Brahmin community Sudheendra imbibed the art of talking and writing from his father Venkoba Rao. He was one among the five brothers and one elder sister. Sudheendra’s remaining brothers were settled down in reputed companies but it was a sad phase in his life when his father died before finding the settlement of the life of Sudheendra. With ardent love for Kannada on the one side and urge for earning to support his family Sudheendra picked up contact with ‘Lavanya Lekhakara Balaga’ and showed his immense interest in Kannada language. He joined the company of Srikrupa, S.Jayasimha, B.S.Ramesh, Ashwathnarayana and others.

It was during those days the hit Kannada film seminar was held to facilitate others to know about the secret of success. During one of the media gatherings and producers Sudheendra met Mr Ankalgi from Uttar Karnataka, Hublikar, Surendra Igale of ‘Badhuku Bangaravayithu’. This Kannada film had run for 100 days in three theatres in Bangalore and it was a gala event in Bangalore. Mr Ankalgi nominated Sudheendra to derive the proceedings of the function and dispatch it to the newspapers and magazines. This is how the first news item written by Sudheendra came to print. After knowing the ability and forging strength of Sudheendra the Kannada producer Ankalgi gave the first offer of PRO for ‘Sose Thanda Sowbhagya’ the first cinemascope film to Sudheendra in 1977.

Thus the days of Sudheendra in Room No.306 of Moti Mahal in the heart of film activities became very near. Recalling the days of 25 years ago Sudheendra says he never thought he would reach this position. In those days I was fortunate to see Madras and the amount of publicity ‘Sose Thanda Sowbhagya’ got created awareness in the film industry that something is possible if worked out in a nice and decent way. Sudheendra could be easily called the ‘father’ of Film PRO’s.

I cannot forget the affection showed by film industry people. The growth of work was sudden as the impact was good through my work remembers Sudheendra with a smile on his face. He named his channel he started as ‘Sri Raghavendra Chitravani’ as he is the staunch admirer of Sri Raghavendra Swamy.

From Dr.Rajkumar to the present crop of artist’s films Sudheendra worked as PRO and earned laurels. He worked in the doyen of Kannada cinema S.R.Puttanna Kanagal films like ‘Manasa Sarovara’ to ‘Masanada Hoovu’.

I am happy and content with this work. The pains and pleasures are always there in any profession. In fact this takes a man near to perfection. I had not grown economically strong but that is not the main ‘Koragu’. There is ample amount of satisfaction. I have earned the esteemed position and people all over Karnataka recognize me. I consider even my enemies who worked strong to dislodge my position as my friends.

It is Mr Raman who ignited strength for me to become a PRODUCER. As a co producer I started in to production from ‘Ganeshana Madhuve’. The film earned massive success but others ate the profits. Then in ‘Nagu Nagutha Nali’ the situation was no different. ‘Gundana Madhuve’ was hassle free. For Lahari Recording Company I have worked as production executive. For Bakery Srinivas ‘Pattanakke Banda Putta’ there was good profit and the film was also talked much by the industry and the media. Chitra Ranga and Patrika Ranga (the film and media) are my two eyes admit Sudheendra in a nutshell. To remember the two pivotal I am instituting an award for producer and journalist on this silver jubilee year of my career. The award for producer goes to Mr Ankalgi who gave me birth and senior journalist Dr.Vijaya bags the award given to journalist. They carry a cash prize of Rs.5000 and a trophy.