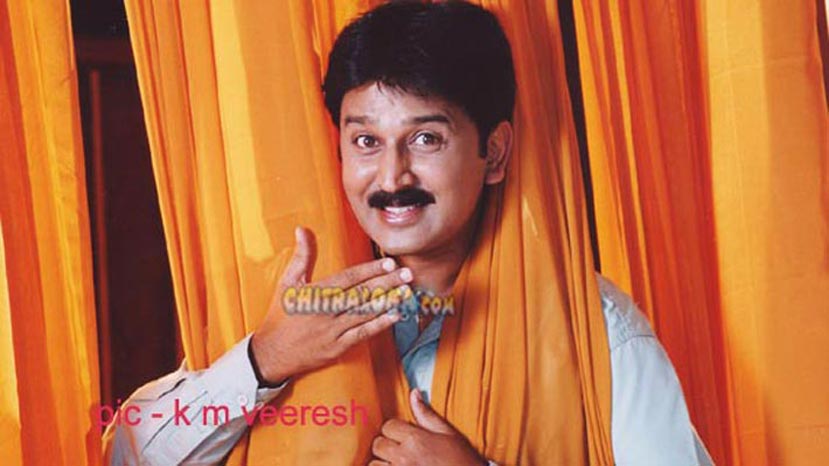 Looking for a position – in the gap that existed between the Vishnuvardhan and Ananthnag era actor Ramesh Aravind is almost successful. This distinction holder in Mechanical Engineering with great love for ‘clap of the audience’ than that of ‘sound of machines’ came to Kannada film industry around fifteen years ago. As a Television anchor

Ramesh Aravind a boy from Basavanagudi is a find of renowned director of Tamil films K.Balachander. Despite of catchy performance in ‘Sundara Swapnagalu’ Ramesh had to travel back after a few good films like ‘Panchamaveda’, ‘Madhumasa’ and ‘Aragini’.

His aping of Kamal Hasan in the beginning days and burning aspirations to grow gave him a few offers in Tamil, Telugu and Malayalam. Films like Keladi kanmani, Sathi Leelavathi, Duet Ramesh proved that he is a worthy actor. He had also acted in films like Pudu Nilavu, Romeo Juliet, Oru Kodai Vidumurai, Meendum Savithri, Little soldiers and in Hindi his entry in ‘Ek Aur Prem Kahani’ opposite Heera and Revathy did not bring him the expected results.

He received a tumultuous welcome into kannada in 1995 from, ‘Anuraga Sangama’. His vivacity on the screen, the free dialogue delivery and capability to do social and comic roles with ease gave him a position that he did not expected. In his second innings, Ramesh’s urge to keep each of his film different from his earlier brought him to a comfortable position.

The films like ‘Oh Mallige’ Nammura mandara Hoove, Mungarina Minchu, America America, Ulta Palta, ‘Hoomale’ brought him much laurels at the National level. I am still walking on a tight rope in my career says Ramesh after fifteen years of career. A knowledgeable actor, a safe bet for medium budget producers-Ramesh has conquered an enviable position in the heart of audience for his simplicity, time sense in acting the great screen presence and above all choosing the rights subject with no carelessness has given him a steady position in the Kannada film industry.