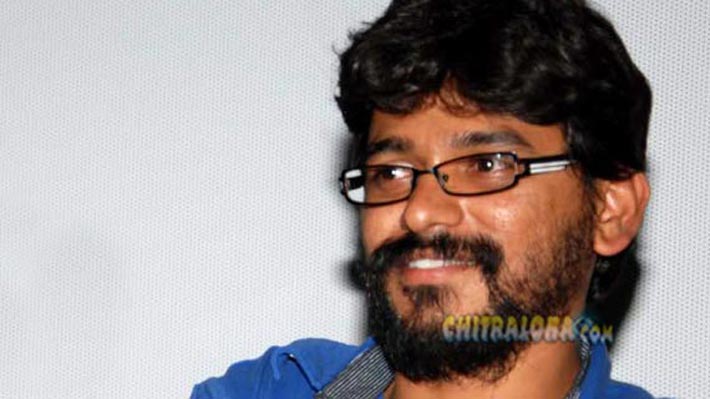 I am constantly reminded of the morning in 2005. I had just wrapped up the shows of the play – Sleuth. At that moment I was extremely confident that I could do wonders. I finished the play on a Sunday, next day morning I woke up and called up a fellow friend and said – lets make a movie! And it took me almost 6.5 years to make that happen. Poooooffffff! An ex girl friend had once quoted Paulo coelho, when you want something real bad the whole universe conspires to make that happened. Now I kinda feel that it must be true.

I am right now in the final stages of the film. By now I have seen the entire film more than 500 times. And day by day I am taking a step back from the film and by the release date I hope to have reached the point where the audience are and see it the way they see it. In the last few weeks I have been questioning myself a lot. This whole process has made me realize something that is a very valuable piece of info for all the people who are starting out in their careers, the young people so to say, hate saying it coz I have to admit I am old In the year 2002, after I had quit college I had done a short 3 month course in animation and video editing. The course was pretty bad, mostly got cheated. But what worked was that I got a small insight into the mysterious world of films and animations. I got to know about the software that is used. I installed all those on my PC and I sat day and night for months playing with those. I would simply create models and try all sorts of things with the virtual camera. Remember it was 9 years ago, I was 19 something then. I was not earning out of it, everybody looked at me like I was wasting time. I even went to the extent of making a 3 min animation video for my then GF to woo her, a copy of which neither of us have now. That 3 min animation took about 10 days of my life! Yet I didn’t get the girl    So it was a waste of time right, I thought so too. But 9 years later all that wasted time is coming to use. I am in Chennai right now and getting all the visual effects done for the film. And it is so easy for me to communicate with these people here. I know exactly what to ask, and sometimes they try to make something look like it is very complicated so that they can buy more time to do it, but thanks to all the wasted time 9 years ago, I don’t get fooled. I tell them how simple it is and get things done. Also because I know what the software can do, I can be more creative with the things I want in the film.

I wanted to share this to tell you all that no experience in life is a waste. It eventually comes handy somewhere. It has to me. Every stupid thing I did back then has come handy in the making of this movie. Because I had played around with 3D software to design sets and lights for my plays, I could make story boards of my scenes to explain to the camera person what I wanted while filming. Because I couldn’t pay designers during my theatre days, I played around with photoshop and similar software to do my posters, and now it is helping me in the colour corrections of the movie. I used to tag along with a wedding video maker when I had quit college, I would sit with him in some random weddings and see how he used to do live mixing and then edit those, all that experience came handy when I was editing the movie.

Because I couldn’t afford original music for my theatre work, I used to steal music from various songs, mix them and make something out of it and use it for the plays, that experience came handy during the compositions of songs and background score. When you are making a movie, you have professionals from all the departments at your disposal. But as a director you must know what to get out of them, and if you know all the info about the tools they use, then you can get the best results.

All I wanted to tell through this post was that, never think what you are doing now is a waste of time. If you are enjoying doing something, then simply do it without breaking your head about how you are benefited. Looking back, I feel that all that wasted time had a purpose, I was not aware of it, but my life was secretly preparing me for this moment