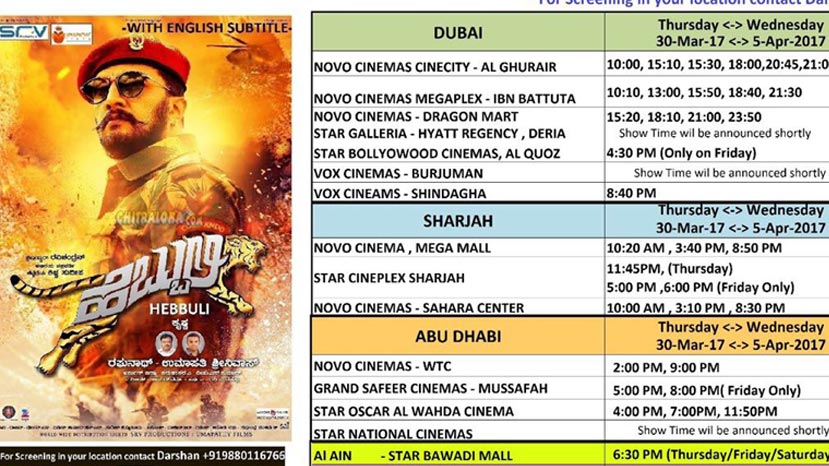 Hebbuli is having the biggest release for a Kannada film in the Gulf countries. It will release in eight Gulf countries including Oman, Kuwait, Qatar, Baharain, Fujairah, Abu Dhabi, Sharjah and Dubai. The film's release dates and theatre list has been announced by Overseas Kannada Movies. The film is being released in 20 theatres from March 30 to April 5. The film will release in seven theatres in Dubai on March 30. In Sharjah it will release in three theatres the same day.