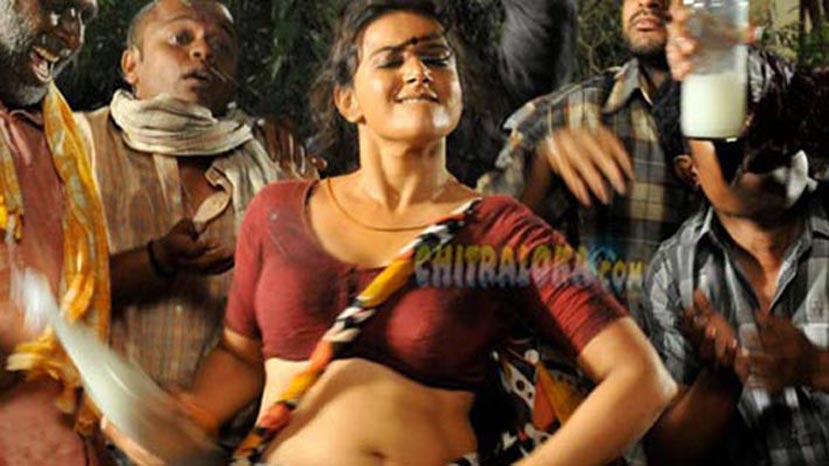 Despite Mata director and dialogue writer Guru Prasad's insistence that the only song in his film Director's Special will be a rocking one, actress Pooja Gandhi whose stature has been raising eversince the release of her latest film "Dandupalya' was quite hesitant to take up the challenge.  But finally she had agreed to do the item song number, and recently Guru Prasad picturised the song which was  choreographed by Imran Sardaria.   The song was shot in a studio in Bengaluru.  Though Pooja wanted the news of her doing the dance number was kept secret until the release of the film, Guru Prasad had other ideas.  He had called in a few television channels to shoot the highlights of the song.

Now, the entire shooting work of  Director's Special has been completed. Rangayana Raghu plays the lead role in this film.  Now that Pooja Gandhi has joined the select band of heroines doing special song numbers like Ramya (Oorigellaa Padmavathy) and  Raagini (Thuppa Bekaa Thuppa), it has to be seen whether other established heroines will agree to work in special item numbers.