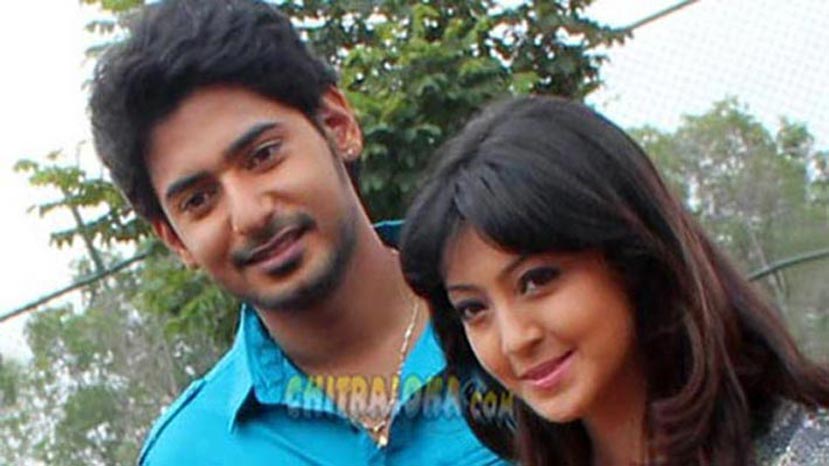 One song and a fight sequence has been picturised for Prajwal Devaraj and Aindrita Ray starrer  "JIddi' directed by  Ananta Raju and produced uner the banner of Om Vijaya Shanthi Productions by Amarchand Jain and Vijaya Surana. The shooting of these sequences along with some sequences of the talkie portions were shot in BGS college compex in Kengeri.

Jiddi is the remake of  Malayalam Hit Puthiya Mugam starring Pritwiraj and Priyamani. The film was directed by Diphan. Director Ananth Raju maintained that he had made nearly 25 percent of change from the original to suit the native requirements.

The film will be shot in Bengaluru, Mysore, Arasikere and Melukote.  Prajwa was happy that he had another romantic action film on hand the original or which was a big hit.  He said that he had a song written by Yogaraj Bhat which had ingredients to become a chart buster.

Glamdoll Aindrita Ray is working with Prajwal Devaraj for the third time.