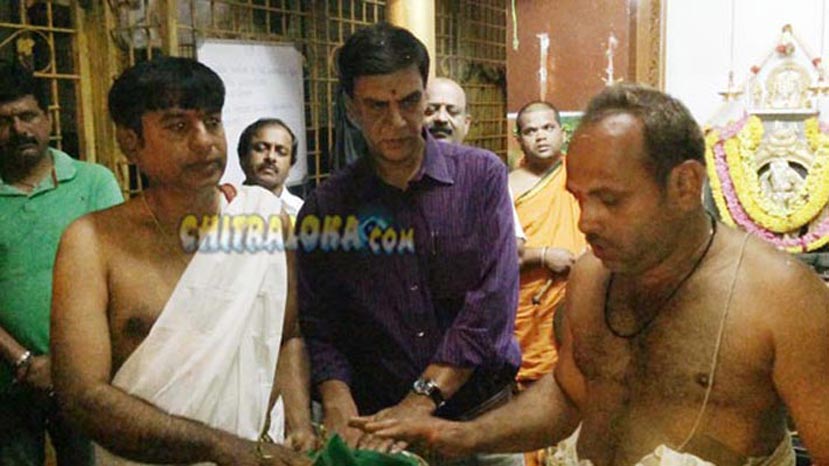 The Kannada film producers on Wednesday had organised a Mrutyunjaya homa for the speedy recovery of producers A R Raju and A R Babu.

Senior producer A R Raju who is a very well known personality in Kannada film industry is down with age related diseases and has been hospitalised. Raju is slowly recuperating, but still taking treatment in M S Ramaiah Hospital in Bangalore.

Another producer A R Babu who has a severe kidney problem had to undergo an operation immediately and is taking treatment for that. After that Babu has to undergo dialysis for 2-3 times a week.

As both A R Raju and A R Babu are ill and under medication, the Kannada film producers on Wednesday evening had organised a Mrutyunjaya homa for the speedy recovery of both the producers. Guru Musuri and AR Raju son participated in the pooja and  producers were present at the occasion.