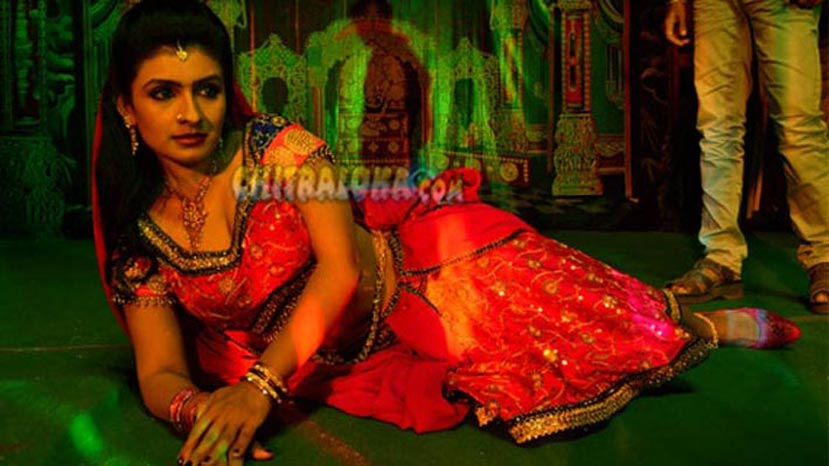 Looks like Sharan starrer 'Adhyaksha' which has been scheduled for August 15th release has more surprises tucked in it. Recently Chitraloka had reported about a possibility of Murali, Srinagara Kitty  and Prem making a guest appearance in the film.

Now the news is that actress Roopashri who has acted in many films including 'Chaddi Dosth', 'Sankranthi', 'Cigarette', 'Jatayu' and others has done a special song in the film. She will be seen dancing with both Sharan and Ravishankar in the film. The song is a fusion song of old and new Kannada hit songs.

This is the first time that Roopashri has been seen in a specail appearance in any song.