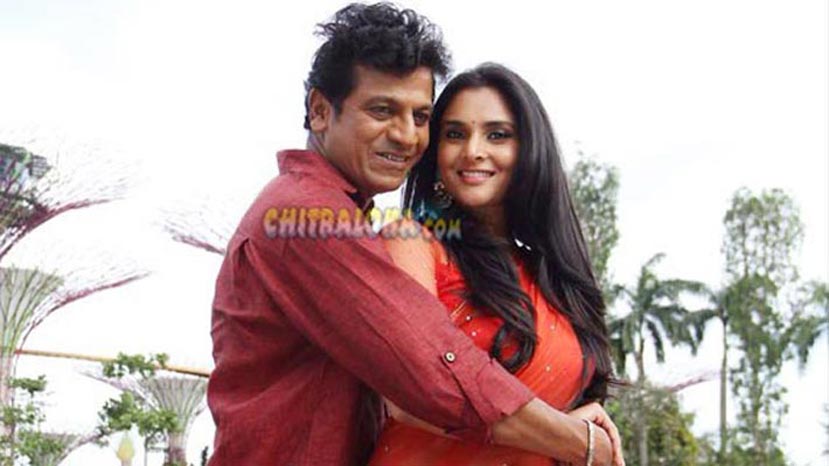 One actress who has been billed as controversial when it comes to promotion is none other than Ramya. Ramya has always been accused of not promoting her films properly. But Ramya is leaving no stone unturned when it comes her forthcoming film 'Aryan' starring Shivarajkumar in lead role.

It's just five days left for 'Aryan' release and the actress is busy promoting her film in every available platform. On Saturday, Ramya was busy promoting 'Aryan' by giving television interviews in Shivarajkumar's residence at Nagavara. Ramya went to Shivarajkumar's residence and gave interviews to many popular Kannada news channels. She was also seen live in a couple of channels.

Ramya plays a prominent role in the film along with Shivarajkumar.