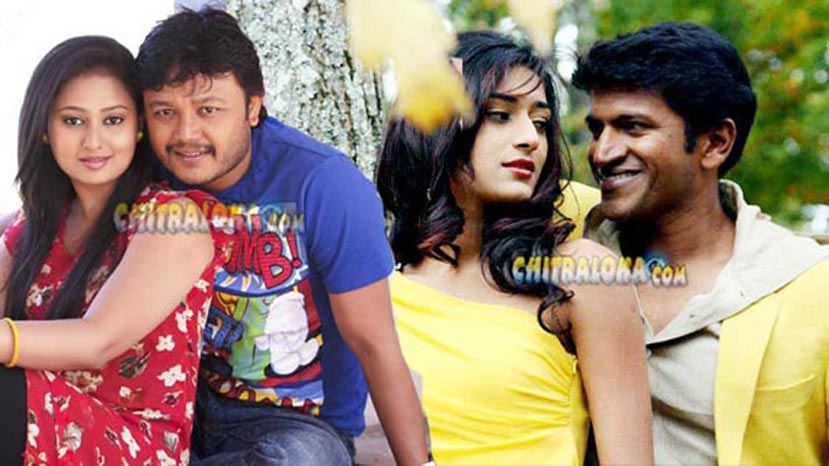 Surprising but ture. In Mysore's Saraswathi theatre, Shravani Subramanya has replaced Ninnindale. The Ganesh-Amoolya starrer faced a difficult situation with the release of Puneeth's Ninnindale two weeks ago on January 16.

Shravani Subramanya had released two weeks previously on December 27. It had received positive reactions and its collections took a hit when the big film of Puneeth released. Now things seems to have come a full circle as Ninnindale did not get the usual response to a Puneeth film. As reported by us earlier, the film was trimmed by 19 minutes a few days after release.
Shravani... has however recovered from the slump and regained some screens.

Sources in the distributors sector say that some give and take happen all the time and right now Shravani Subramanya is the biggest draw among family crowd.