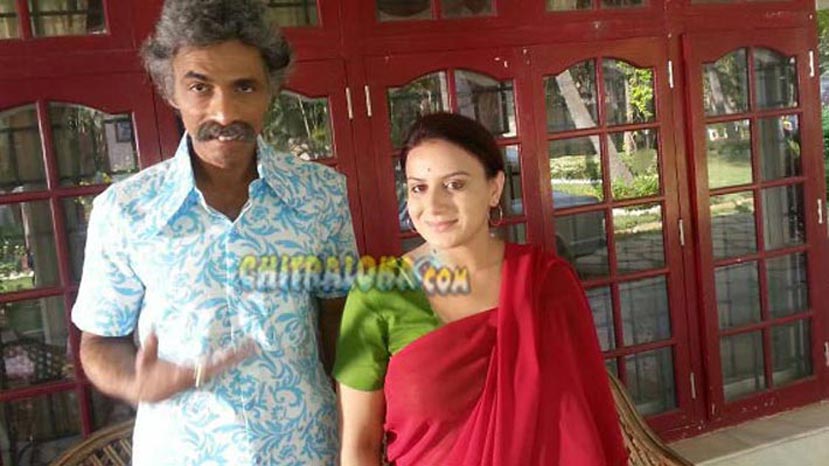 Pooja Gandhi is terribly upset with reports in a newspaper website that he film Abhinetri has been shelved. Speaking to Chitraloka she said, that the shooting for the film is underway for the last 20 days.

She is currently shooting for the film in Kengeri. The film had a grand launch in Kanteerava Studio and there was a break after that. This was reported by the news website as shelving of the project. Pooja Gandhi plays an actress.