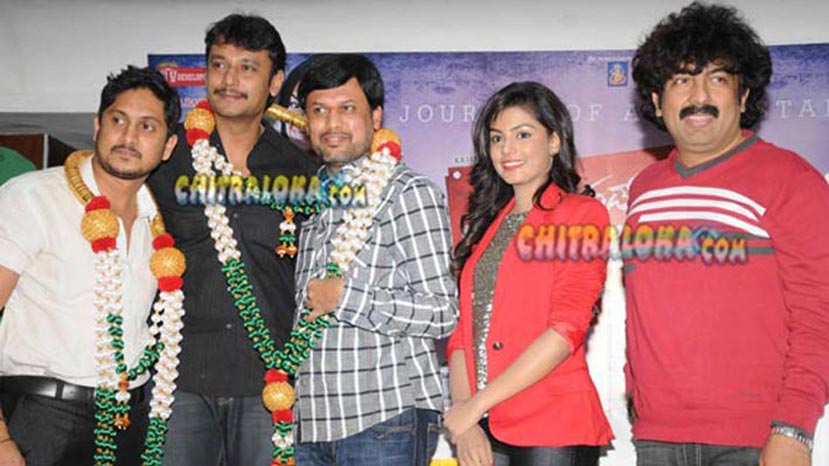 Raghav Loki's new film 'A Second Hand Lover' is finally going to start and on Thursday evening the promo and the banner was officially launched by 'Challenging Star' Darshan.
'A Second Hand Lover' has Ajay Rao playing a Rockstar in the film for the very first time in his career.

The film was supposed to be launched in October itself, but the film got delayed for two months as Ajay Rao was busy finishing his prior commitments. Now that Ajay is back from Sweden after completing the first schedule of his film 'Endendigu', 'A Second Hand Lover' will be launched soon.

Fight master Ravi Verma, music director Gurukiran, lyricist Kaviraj, dialogue writer Anand Priya and others were present during the promo and banner launch of the film.