Jogi acts As a Producer in Mamu Tea Stall 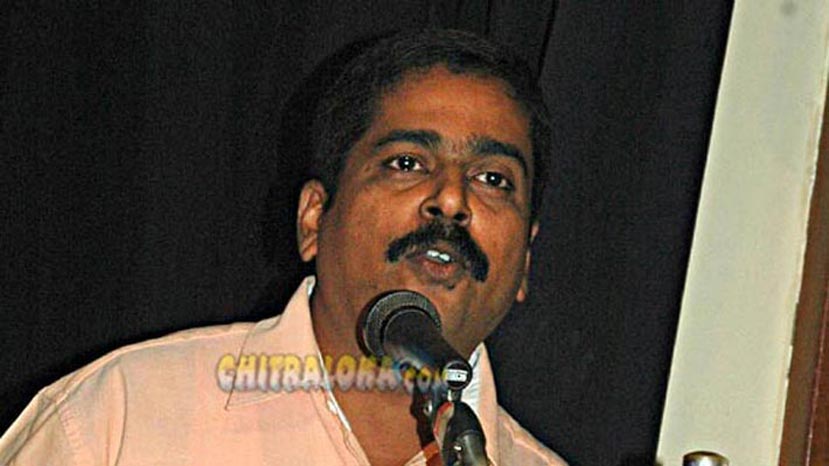 Well known film journalist, critic and prolific writer Jogi has acted in a small role in a new film 'Mamu Tea Stall' being directed by newcomer Paramesh. Jogi has acted in a film producer's role and the sequences were recently shot at the Arya Mourya Enterprises in Gandhinagar.

'I play a very small role of producer in the film. The shooting was held for almost half a day. Director Paramesh who incidentally plays the role of the director in the film comes to my office and requests me to produce a big budget film with big stars. I advise him that big budget is not necessary, but good content is definitely necessary to woo the audience. I tell him to do a film with good content' says Jogi.

Jogi (Girish Rao) has been in the film journalism for nearly two decades and this is the first time that he has acted in a film. Earlier, he has worked for many films behind the screen. His notable films include Lingadevru's 'Mouni' where he worked as a screenwriter. His two short stories were made into a film called 'Kada Beladingalu'.