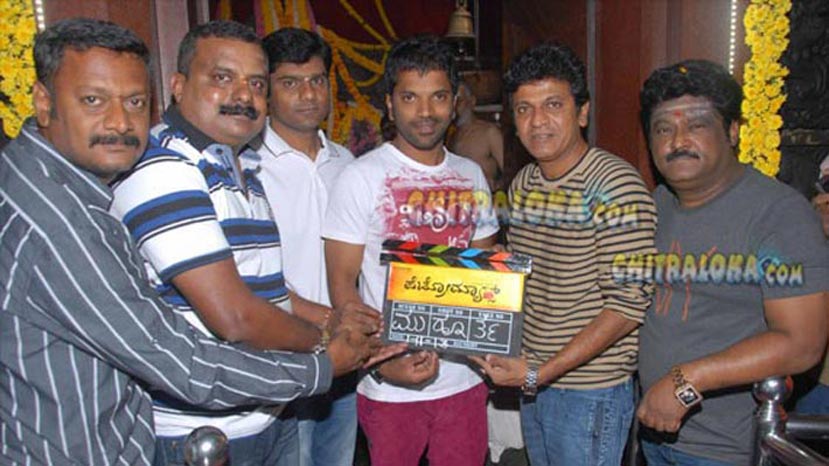 Neenasam Satish's new film 'Petromax' being directed by Vijayaprasad who had earlier directed the critically acclaimed 'Sidlingu' was launched on the Rajyotsava Day at the Dodda Ganapathi Temple in Bangalore.

Like his previous film's (Neerdose) muhurath, this film also witnessed the presence of Shivarajkumar and Jaggesh. Both the stars came and wished Vijayaprasad and the team a huge success. Uday Mehta, Shashank and others were also present during the occasion.

'Petromax' is being produced by Bhaskar who was one of the co-producers of 'Andar Bahar' starring Shivarajkumar. Jnanamurthy is the cameraman and Anoop Seelin is the music director.

The actual shooting of the film will commence in January next year once after Satish completes 'Love in Mandya'.