When Will Ramya Start Shooting? 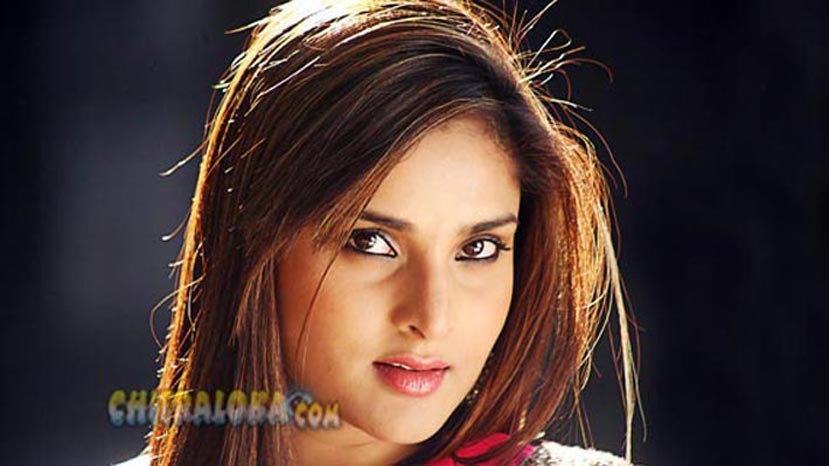 Just when Ramya won the Mandya Lok Sabha bye-elections, she had announced that though she doesn't know whether she will act in the fututre, she will definitely complete four unfinished projects in hand. It's been nearly one and a half months since Ramya won the elections. Now the question on everybody's mind is when will Ramya come back to acting.

Sources say, Ramya has decided to finish the projects on hand one by one and Ramya had first given dates to D Rajendra Babu for completing 'Aryan'. The shooting for the film has to take place in foreign locations and Babu himself had confirmed earlier that Ramya will start shooting for the film first in October, after which she will move on to 'Neer Dose' which is half complete. After that, Ramya was supposed to participate in 'Dil Ka Raja' shooting. The shooting for the film is almost complete except for songs and climax portion. Along these three films, there was Kodi Ramakrishna's untitled bilingual on cards. Except for patch work Ramya had completed her portion.

Now that Ramya had chalked out her schedule, she was supposed to act first in 'Aryan' starting October. Now there seems to be a confusion and the shooting has been postponed a little due to various reasons. Ramya has very little time of two months to complete the films on hand, because the next Lok Sabha elections are said to be held earlier next year. In view of this, Ramya has to complete the assignments after which she has to get ready for the elections. So, when will Ramya start shooting for the film is the question yet to be answered.