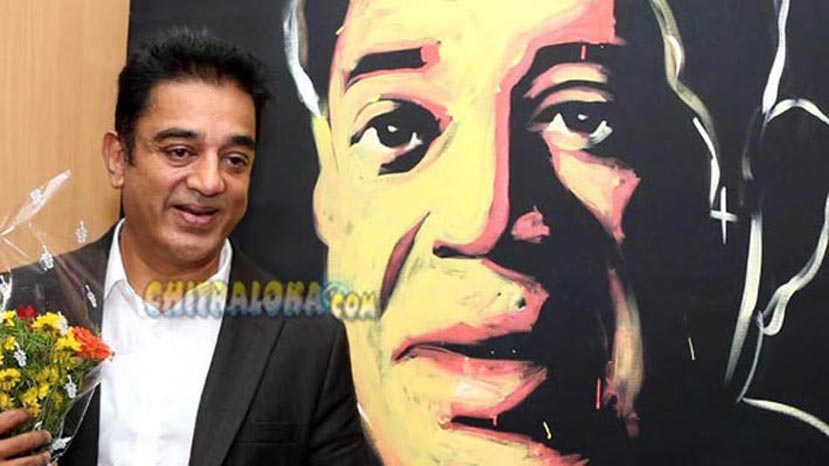 Kollywood superstar Kamal Hassan interacted with the media on Saturday in a session organised by the Press Club and Reporters' Guild. Making a cautious reply to a question about dubbing, which has become a contentious issue in Kannada and Telugu, Kamal said that original films gives him satisfaction as an actor and both native culture and sensibilities get a boost. But on the other hand it also makes business sense to allow dubbing.

However, sensing that it was a hot issue, he did not deliberate on it further. Kamal said that he is contemplating a bilingual film in Kannada and Tamil with Ramesh Aravind but did not reveal when it will start. Kamal last made an appearance in a Kannada film in Rama Shama Bhama with Ramesh Aravind which the latter also directed. The film was produced by K Manju.