Why Did Sudeep Meet Siddaramaiah? 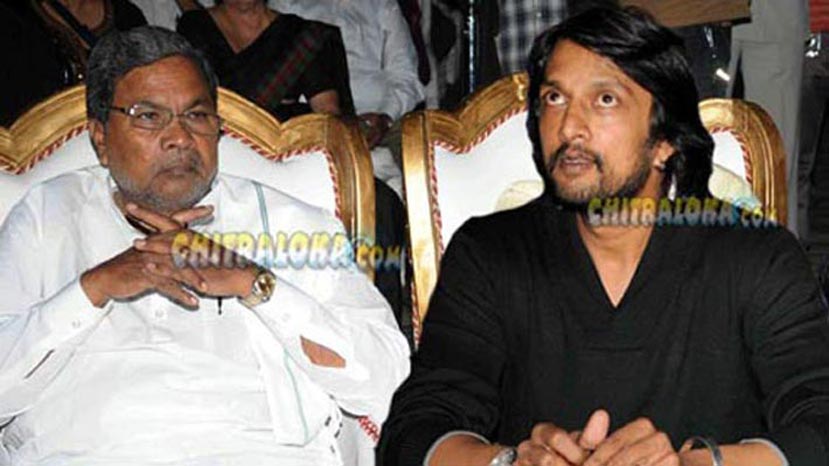 The breakfast meeting between actor Sudeep and chief minister Siddaramaiah at the latter's residence on Wednesday morning has led to a lot of speculation in both political and Sandalwood circles. The meeting took place for 30 minutes and very few people present at the CM's residence noticed Sudeep coming.

However, it was a closed door meeting and Sudeep has not opened his mouth about what the meeting was about. The Congress party is said to be trying to rope in good candidates for the Lok Sabha elections and Sudeep is said to be on top of the wish list. Congress may want him to contest from Shimoga or Chitradurga. Sudeep has however not revealed his cards yet. As of now, what the meeting was about remains a secret.