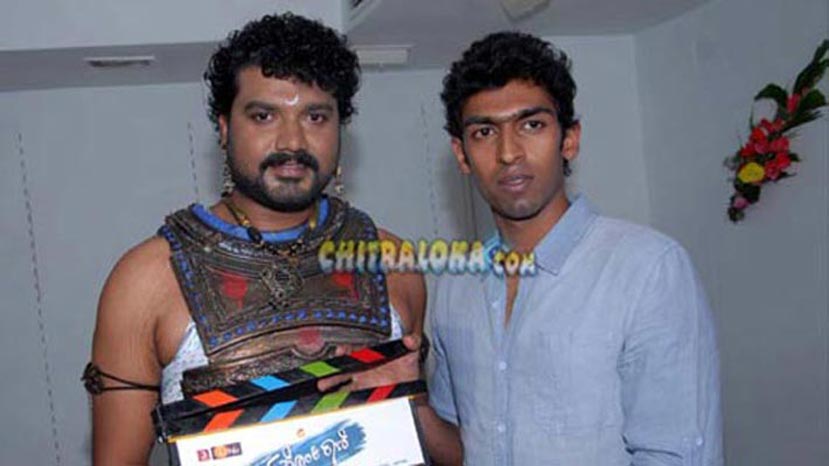 Raghavendra Rajkumar's son Vinay Rajkumar is yet to make his debut on screen, but Vinay has already become the most wanted celebrity of the Kannada film industry circles. Vinay is being invited for a lot of film related programmes off late and the team of 'Sapnon Ki Rani' starring Srujan Lokesh has gone a step ahead by inviting Vinay to sound the clap for their film. 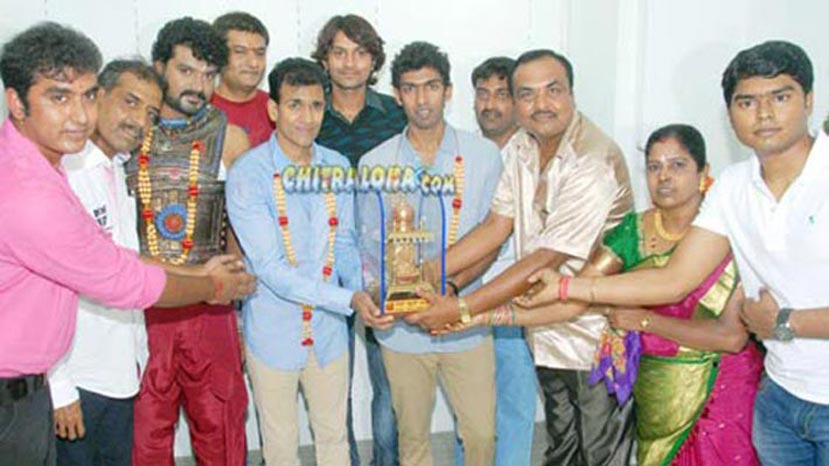 Yes, Vinay was invited to sound the clap for the first shot of the film and Vinay along with his father Raghavendra Rajkumar went to the launch of the film and sounded the clap for the first shot and wished Srujan and the team a huge success.
The launch of 'Sapnon Ki Rani' was well attended with Jayanthi, Girija Lokesh, V Manohar and others attended the muhurath and wished the team a very best of luck.