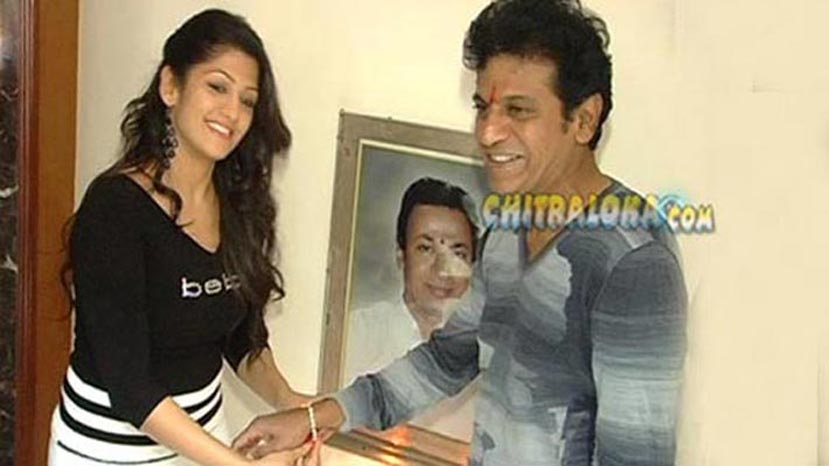 Radhika on Tuesday evening went to Shivarajkumar's residence in Nagavara and celebrated the festival by tying a rakhi. Radhika had ordered a golden rakhi worth Rs 55,000 specially for this occasion. Shivarajkumar blessed Radhika a long life. Meanwhile, the audio cds of Radhika's latest film 'Sweety Nanna Jodi' was released once again.

Shivarajkumar and Radhika after the success of 'Thavarige Baa Thangi' and 'Anna Thangi' will be acting in another untitled film shortly to be directed by veteran director Saiprakash..