Case No 18/9 Donates One Lakh to Acid Attack Victim 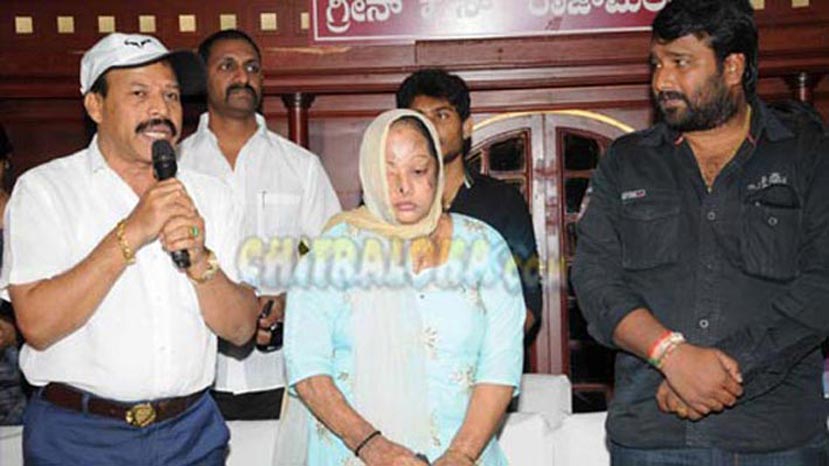 The 'Case No 18/9' has donated Rs one lakh to Shruthi, an acid attack victim who is the real inspiration for the film. Shruthi was attacked with acid by Rajesh in 2002 in Jayanagar 9th Block. Rajesh was loving Shruthi and had proposed his love towards her. But Shruthi did not respond to it and it in a fit of anger, Rajesh had thrown acid on Shruthi. Later he was arrested and is serving a life term in jail. Balaji Shaktivel who has written the original Tamil script was inspired from this incident and had written the film's story based on Shruthi's incident.

So, on Thursday morning the director Mahesh Rao along with the Kannada 'Case No 18/9' team invited Shruthi for a press conference and donated Rs One lakh in cash to her. Shruthi urged that acid must be banned and the Government must derive a permanent solution to acid attack victims in future.