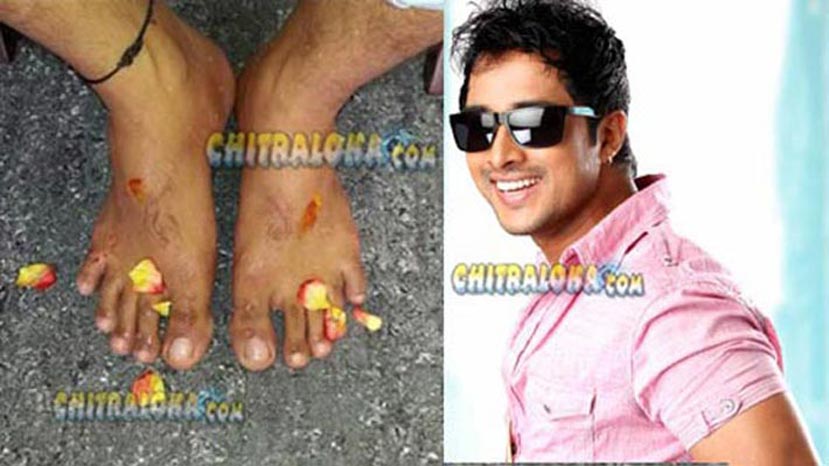 Nenapirali Prem is a shy creature. He says this himself. Even undergoing family rituals makes him shy. On Tuesday, which happens to be Bheemana Amawasye, where wives wash the feet of their husbands and pray for their long lives, Prem also underwent the ritual.

He promptly took a photo and announced it to the world. Prem is awaiting the release of his new film Shatru while he is preparing for the launch of Male, to be produced by R Chandru.